Nicolai Von Dellingshausen out in front in Tenerife 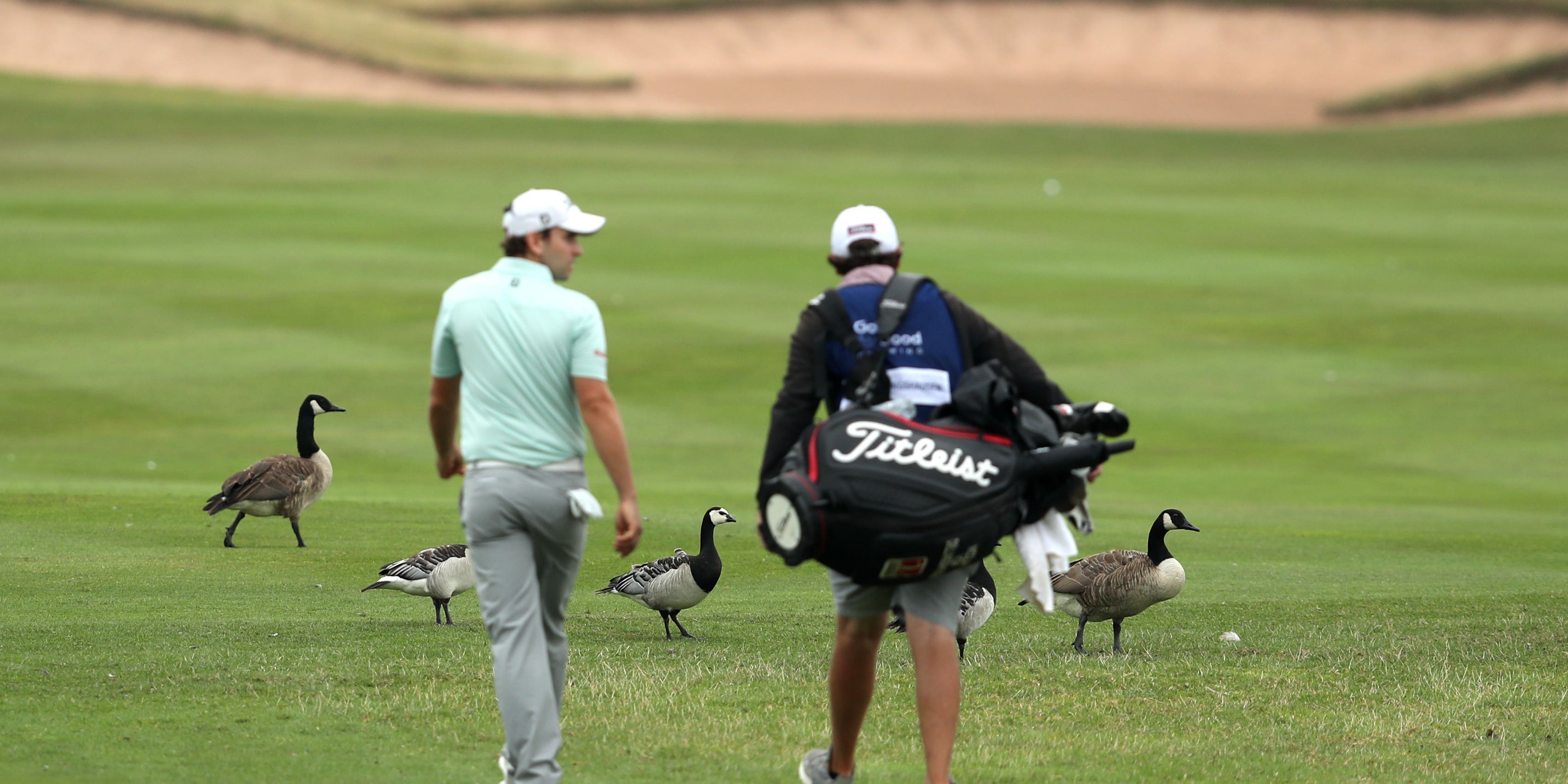 World number 571 Nicolai Von Dellingshausen will take a three-shot lead into the third round of the Tenerife Open after another day of low scoring at Costa Adeje.

“It was just another great day in the office today,” Germany’s Von Dellingshausen said.

“I played well tee to green, made a couple of good putts, but just stiffed a lot more (approach shots) than I did yesterday and made the crucial up and downs.

“I’ve been working on staying in the present a lot more and I think that’s one of the biggest achievements and what I took from Austria on the Sunday (starting four off the lead and carding a 74).

“I’m a thinker, I like being in the future or in the past so it’s a big challenge for me to stay in the present moment and I think I’ve done that a lot better the last two days.”

Jamieson had an outside chance of the second 59 in European Tour history when he covered his first 13 holes in eight under par, but parred the next three holes before making birdies on the 17th and 18th.

“It’s such a funny game,” the Florida-based Scot said. “I just did the simple things well and holed a couple of nice putts at the right time to get momentum on my side.

“The five par fives are all gettable here. If you take care of business there and you are playing well there are plenty of chances.

“I hope I get something nice from the club (for the course record), I will soon find out! It’s a nice accolade but I would prefer to have a trophy at the end of the week.

“Off the tee yesterday I wasn’t particularly good. I was better today, only hit one shot that didn’t really feel like it was in play. Hopefully those feelings I was having today can roll into the weekend.”

First-round leader Thorbjorn Olesen slipped five shots off the lead after adding a 69 to his opening 62, while Northern Irish teenager Tom McKibbin missed the cut on his professional debut despite a second consecutive 70 leaving him two under par.