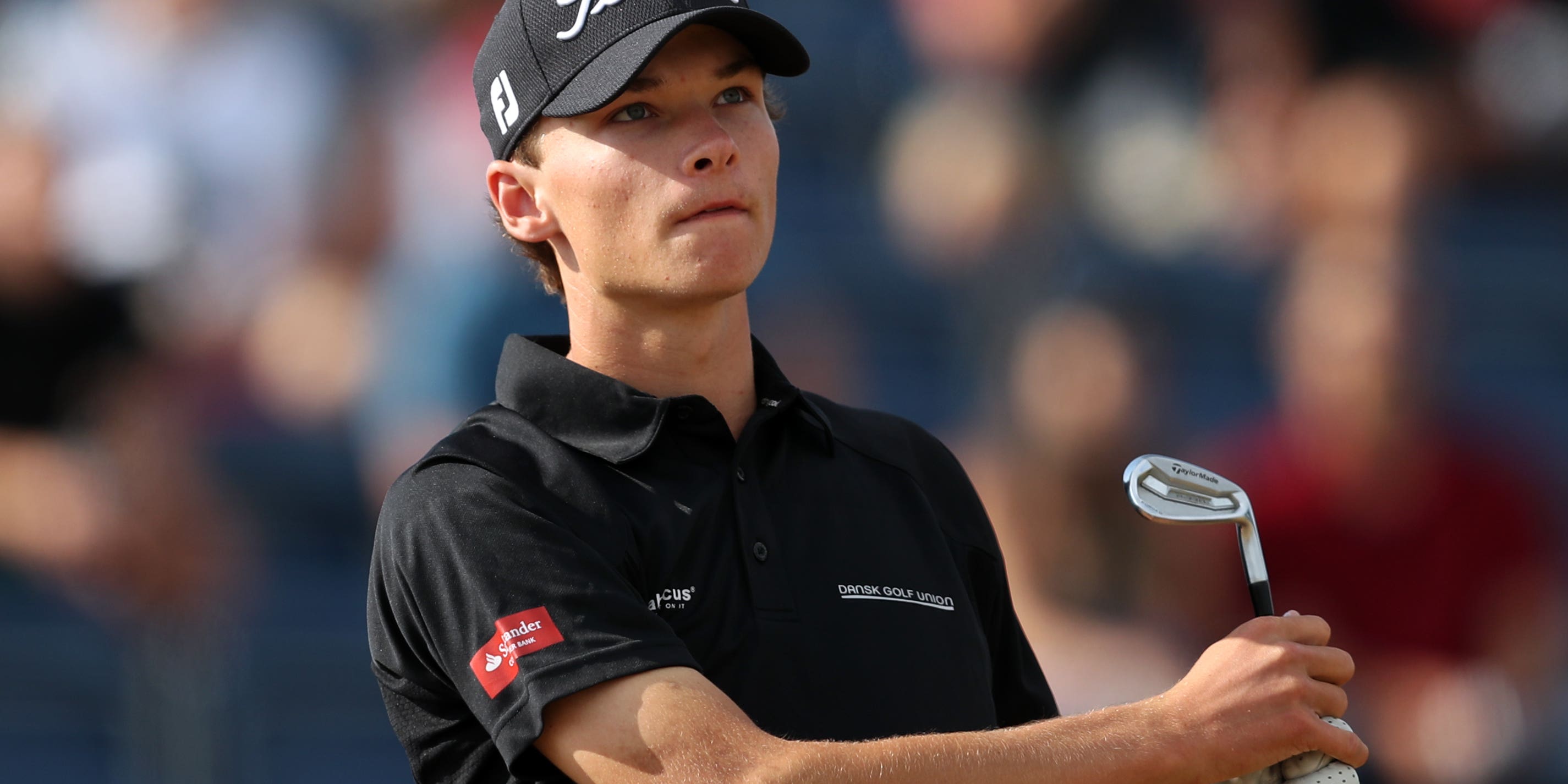 Nicolai Hojgaard hailed the “perfect week” after creating history by following his twin brother Rasmus into the winner’s circle with victory in the DS Automobiles Italian Open.

Seven days after Rasmus won his third European Tour title with a birdie on the 72nd hole of the Omega European Masters, Nicolai also birdied the final hole to secure a maiden victory at Marco Simone Golf Club.

The 20-year-old hit a superb approach to the par-five 18th and holed from three feet to finish 13 under par, a shot ahead of England’s Tommy Fleetwood and Poland’s Adrian Meronk.

Fleetwood had also birdied the last for a closing 71, with Meronk having earlier set the target on 12 under following a superb 66.

It is the first time in European Tour history that brothers have won back-to-back events and Hojgaard told Sky Sports: “It’s crazy. It’s been such a tough day.

“I’ve been through every f****** emotion in my body and brain so to finish it off is perfect. It’s what I’ve dreamed of. It’s what I’ve been working hard on all year and all my life so I’m really pleased with it.”

Hojgaard took a one-shot lead into the final round and was three clear after eight holes as his rivals faltered, before Meronk closed the gap with a run of eagle, birdie, birdie from the 11th and Fleetwood birdied the ninth and 11th.

A birdie on the 11th took Hojgaard two shots clear, but he then failed to get up and down from sand on the 14th and three-putted the next before only clearing the water with his tee shot on the 16th by a matter of inches.

Fleetwood’s chance looked to have gone when he drove into the water on the short 16th, but the Ryder Cup star salvaged a bogey and then holed from nine feet on the last to join Meronk in a share of the clubhouse lead.

“I felt OK out there but a bit uncomfortable with my pace with the putter on the back nine,” Hojgaard added.

“I made a few stupid mistakes on 14 and 15 and suddenly you start to think about what’s going to happen now and how are the other players (doing) and all that.

“On 18 I knew I had to make four and when you know that sometimes it’s probably a little easier than making five.

“I’ve been nervous many times before but nothing like it (on 18). I couldn’t almost move the putter to be honest. I’m really happy and can’t wait to celebrate.

“I was getting quite emotional when I holed that putt and looked over to see my caddie and Rasmus with my girlfriend and his girlfriend here.

“It’s been the perfect week to be honest. Got in on a late invite Monday afternoon, got down here Tuesday morning, been playing really solid all week and to finish it off like this, and to do it a week after Rasmus won, it’s perfect.”