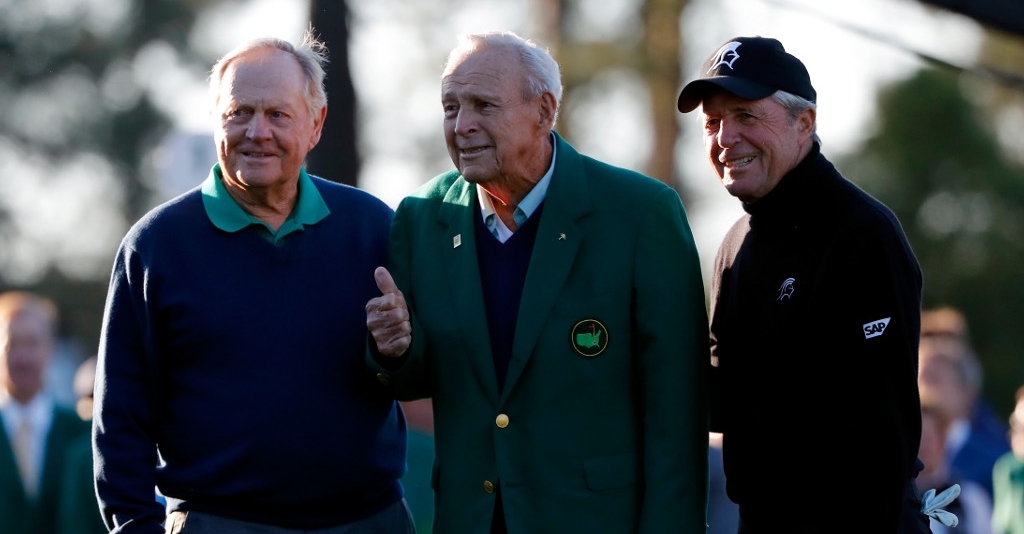 Fellow legends Jack Nicklaus and Gary Player have both shared heartfelt tributes to their late rival and friend Arnold Palmer.

The trio of golfing greats went head-to-head during the primes of their careers in the 60s and 70s, capturing 34 major titles between them and helping to spark a massive new interest in the game.

They've been a part of each other live's ever since, on and off the course, assembling every 12 months to get the Masters off to a ceremonial start on the first tee.

While their rivalries could get heated at times, you never doubted that there was a mutual love and respect between them, as the following tributes illustrate all too clearly.

"At this point I don’t know what happened, and I suppose it is not important what happened. What is important is that we just lost one of the incredible people in the game of golf and in all of sports. My friend—many people’s friend—just wore out. I know he was in Pittsburgh trying to find out how to make himself better. That’s what Arnold has always tried to do. He has always been a fighter and he never gave up on anything. He didn’t give up even now. Maybe his body did, but I know Arnold’s will and spirit did not.

"I wish I had another chance to talk to him, but I am so glad we talked a couple weeks ago on his birthday (Sept. 10), when he sounded great. So Barbara and I are just in shock and incredibly saddened. Our hearts, thoughts, prayers and sympathies go out to Kit, his kids, grand-kids, great grandchildren, and his entire loving family.

"He was one of my best friends, closest friends, and he was for a long, long time. I will miss him greatly.

"Arnold transcended the game of golf. He was more than a golfer or even great golfer. He was an icon. He was a legend. Arnold was someone who was a pioneer in his sport. He took the game from one level to a higher level, virtually by himself. Along the way, he had millions of adoring fans—Barbara and I among them. We were great competitors, who loved competing against each other, but we were always great friends along the way. Arnold always had my back, and I had his. We were always there for each other. That never changed.

"He was the king of our sport and always will be."

Shortly after, Player shared his tribute:

"Vivienne and I just woke up on the farm this morning to the sad news that our friend Arnold Palmer passed away peacefully last night in the USA. I have so many vivid memories of our time together competing around the world, with our families, helping each other's charities, and just being together. Arnold was many things to many people and undoubtedly made golf more popular, but to me he was simply a dear friend for over 60 years. Of course, like anybody we had our differences but these never stood in the way of our relationship and I will miss him terribly.

"He could be difficult and demanding but also blessed with charisma, charm and patience. Arnold Palmer simply transcended the game of golf. He was inspirational to so many and lived his life to the fullest. He had a slashing, dashing style accompanied with a knowing smile. He was loved by all even when they did not know him. He always made an effort, even when the odds were stacked against him. Our prayers go out to Kit and his entire loving family.

"Muff, I will raise my glass and toast your life tonight my friend, and I hope to be reunited for another round together in time, Rest In Peace. I love you."