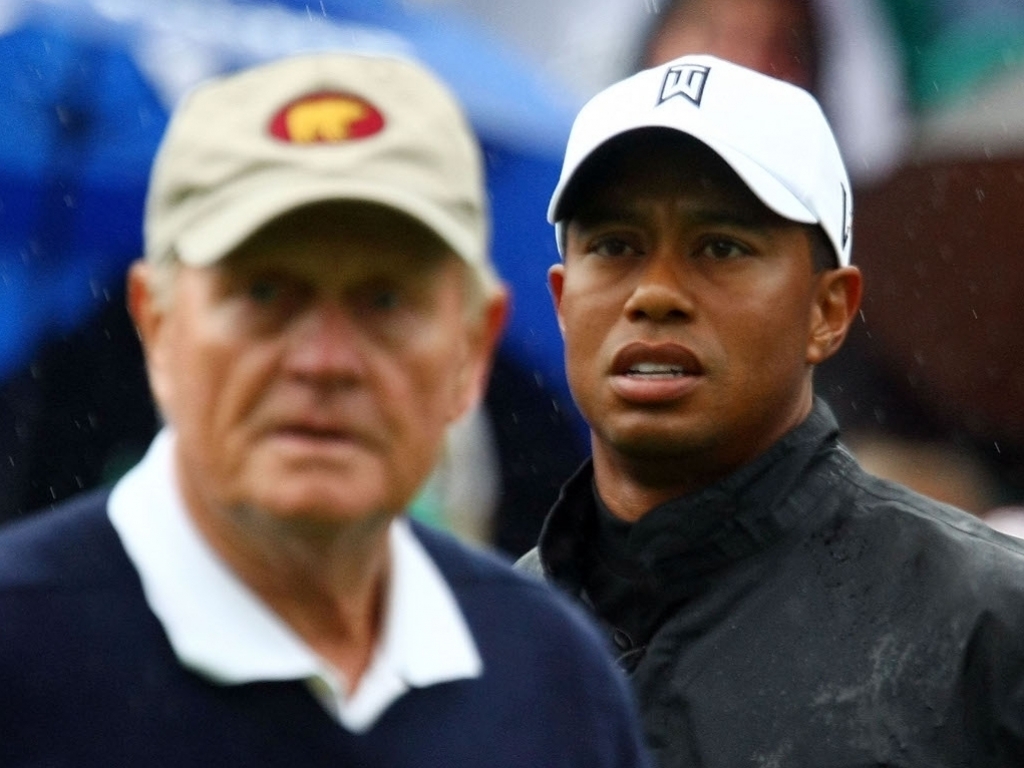 Most golfers are very excited about Tiger Woods’ return to golf, but don’t count the great Jack Nicklaus among them.

After 10 months stuck on the sidelines, Woods grabbed a share of ninth place as he returned to action at the Hero World Challenge in the Bahamas a couple of weeks ago.

It was an encouraging comeback from the 41-year-old 14-time major champion, and generated a fair amount of excitement from fans, players and pundits alike.

But that excitement wasn’t shared in the Nicklaus household, the Pinnacle in the UK.

“Do I wish him well? Yeah, but I’m not interested in watching him,” Nicklaus said Friday.

Wow, Jack, tell us how you really feel.

“The television set is always on back home but even when the golf is on TV I would not sit down and watch it,’ Nicklaus said.

“But then in the short bit of the coverage from the Bahamas I watched, Tiger seemed to hit the ball okay over there.  He seemed to enjoy it and he seemed to be hitting the ball freely, so all I can do is wish him well.

“I didn’t see enough of his swing to compare it to this time last year but in walking by the television at our home I probably only saw about one or two shots and that’s all I saw.

“So, the swing I saw in that short time looked good but then it looked like the swing of someone who did not want to hurt his back.”

One thing is clear – if Nicklaus is at all concerned that Woods may be making another run at his Major record of 18 wins, he certainly isn’t showing it.