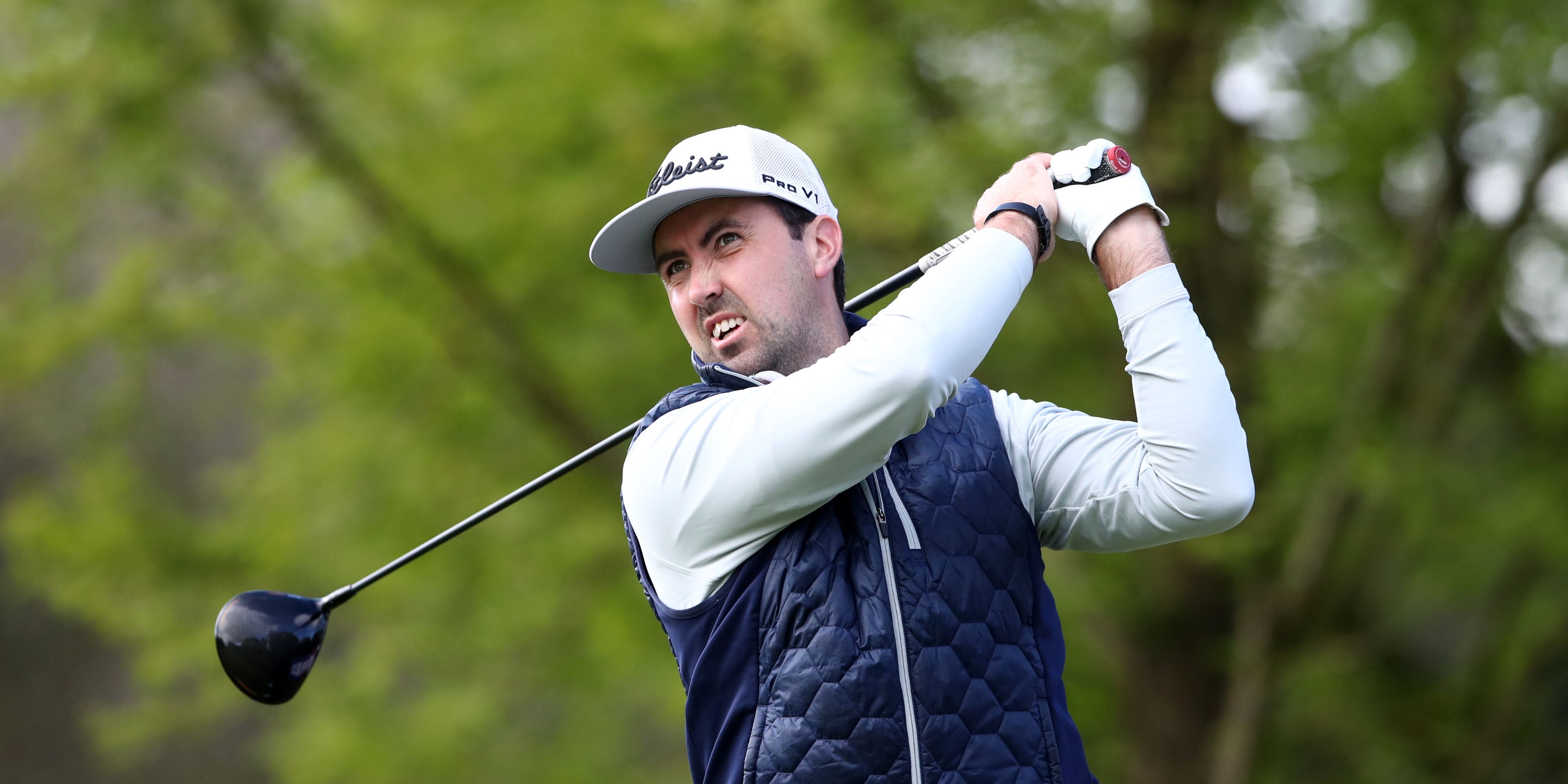 Ireland’s Niall Kearney defied his lowly world ranking of 599 to open up a two-shot lead at the halfway stage of the BMW International Open.

Kearney played the final two holes of his weather-delayed first round in one under par on Friday morning to complete a flawless 65, before adding a second round of 68 to reach 11 under par.

Kearney recorded his best European Tour finish with a share of fourth in the Canary Islands Championship in May thanks to a closing 61, but had missed the cut in his last three starts.

“I have been home the last couple of weeks and I’ve had plenty of time to rest. I had been travelling prior to that quite a bit and it was great just to get home and recharge and then get back out.

“The course is fantastic and it suits my eye. It’s old-fashioned with avenues and it’s quite tight off the tee and I am really enjoying it.”

Kearney’s only bogey of the week so far came on the 17th in round two, but he followed that with a brilliant approach to the 18th from 260 yards that was fired straight at a pin just a few yards over the water, much to the delight of those who had backed him for victory at Boylesports, and other bookies.

“Yes, it was a push,” Kearney admitted with a smile. “I was aiming at the left half of the green knowing that it was going to be a really difficult putt and I just got under it a little bit and it finished up great, but it wasn’t my intended line.”

Wiesberger played alongside Ryder Cup captain Padraig Harrington for the first two days as he looks to secure a place on the European side which will defend the trophy at Whistling Straits in September.

“He’s very competitive and tries his hardest out there, even though he wasn’t quite on it this week,” Wiesberger said after a 68. “But you can see, all of a sudden he makes a couple of eagles and you see it in his eyes. He was very focused on what he was doing.

“Hopefully the odd shot I hit over the last two days maybe stayed in the back of his mind – not so much the last three wood into the par five.

“At the end of the day we’re still trying to compete out here, he has his stuff figured out off the golf course and results will hopefully determine who will be on his team.”

Hovland withdrew midway through the second round of the US Open with an eye injury, but showed no ill effects as he added a 67 to his opening 68 as he looks to solidify his place on the Ryder Cup team.