New uplifting campaign urges UK to be ‘inspired by golf’ 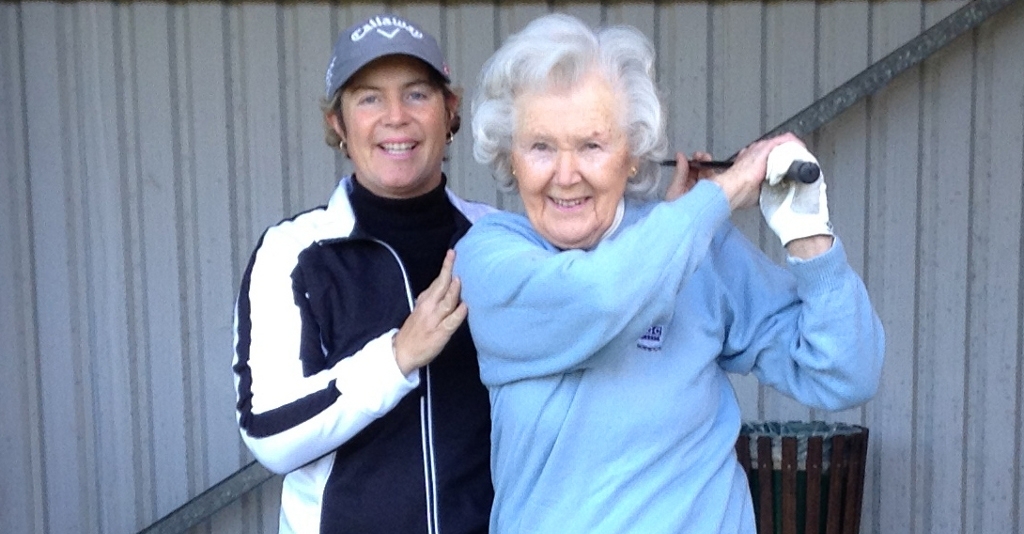 The ‘feel-good factor' inherent in the new QHotels ‘Inspired by Golf' initiative was epitomised by the recent TV and radio coverage of 90-year-old Brenda Chapman, who increased her length off the tee by 15 yards in the last five years.

The human-interest angle of the story captured the imagination of news editors at both ITV and BBC, while Brenda's achievement – attained by the coaching of Caroline Grady at QHotels' Dunston Hall, in Norwich – also featured in numerous newspapers and magazines across the country.

The QHotels strapline is ‘Inspired by you' and it was this, fittingly, which motivated the ‘Inspired by Golf' campaign which launches on March 27 at www.inspiredbygolf.co.uk. The campaign will feature uplifting golf stories – initially from the UK and ultimately from across the globe – and the team at QHotels, along with its industry contacts, will be galvanising golfers across the country to send in their heart-warming golfing tales.

And Claire Rowland, director of marketing at QHotels, believes there are many such ‘good news' stories around in golf which can help inspire all ages.

She explained: "In the past year or so, we've been monitoring the number of good ‘human-interest' stories – not just at our 10 UK golf venues but across the country and even further afield. We feel there are many which can act as inspiration – for example just look at the way disabled golfers find a way to play the game; or how golf has helped our injured veterans regain their self-confidence.

"And that's not even mentioning the health benefits of golf. We've heard of people whose lives have been turned upside down by illness or health problems only to fight their way back through playing golf. And it's these stories we wish to highlight in our ‘Inspired by Golf' campaign. Everybody can be inspired by golf: young and old; male or female – there are no barriers."

She added: "We'd really like to hear from golfers whose lives have been changed for the better by playing golf. Or maybe they've seen an uplifting golf story they'd like to alert us to. They can contact us at inspiredbygolf@QHotels.co.uk or via the contact form on the campaign's website. Together we can inspire the nation to play more golf."