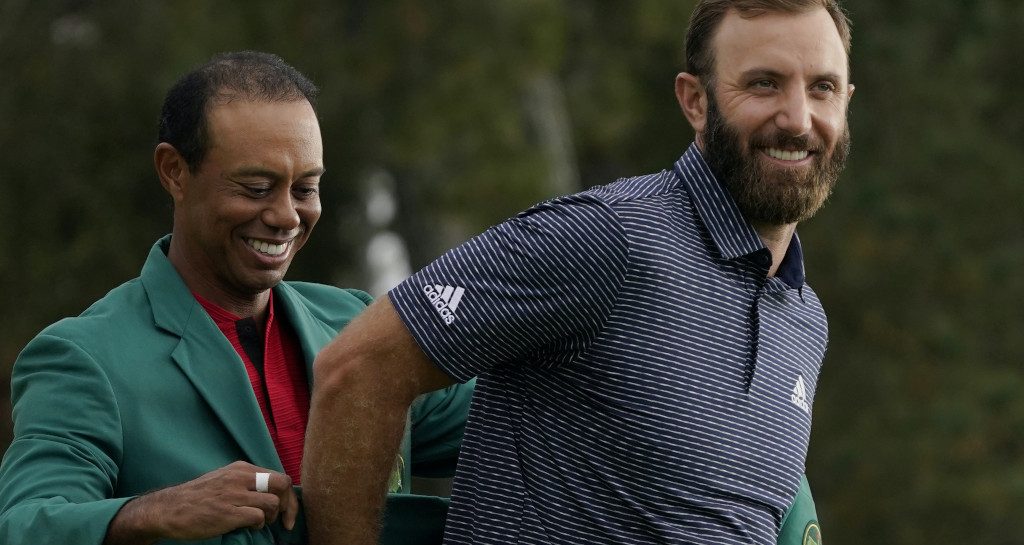 Dustin Johnson admits his planned retirement is already on his mind, but the new Masters champion wants much more major glory before it arrives.

Johnson recovered from a somewhat shaky start in the final round to cruise to a record-breaking five-shot victory at Augusta National, his winning total of 20 under par eclipsing the previous tournament record of 18 under set by Tiger Woods in 1997 and equalled by Jordan Spieth in 2015.

Following his victory in the 2016 US Open the world number one is now halfway to the career grand slam and needs to win the US PGA and Open Championship to join Woods, Jack Nicklaus, Gary Player, Ben Hogan and Gene Sarazen in having won all four majors.

With his languid manner and slow southern drawl Johnson is usually not considered to harbour lofty ambitions, but the 36-year-old revealed that perception to be some way off the mark as he detailed his future plans.

“I feel like I’m not going to dial anything back,” Johnson said. “I feel really good about everything that I’m doing. I feel really confident in the golf game.

“You know, my goal is to play for about, I don’t know, (it) keeps getting shorter, but eight, nine, maybe 10 years, and then hang out with my kids and Paulina (Gretzky, his fiance).

“So until then, I’m going to work my butt off to be as good as I can.”

Growing up around an hour away from Augusta in South Carolina, Johnson admitted winning the Masters was a dream come true, especially with defending champion Woods on hand to slip on the famous green jacket.

Asked if he also dreams of winning numerous further majors, Johnson added: “I do. I do. I want to get to number three first, but I do.

“I dream of winning a lot of majors. Just hadn’t quite happened yet. Hopefully this one will help, though, give me a little spring.”

Before the Masters, Johnson had famously failed to win any of the four majors where he led or shared the lead after 54 holes, most recently in August’s US PGA Championship.

His celebration after exorcising those demons at Augusta – a restrained fist pump – therefore came as something of a surprise, but his emotions eventually came to the surface in a television interview with Amanda Balionis of CBS.

“On the golf course I’m pretty good at controlling my emotions, you know, because I’m out playing golf,” Johnson explained.

“That’s why I work so hard is to be in this position. And to finally have the dream come true, I think that’s why you see all that emotion.”

Johnson has just five months to wait until he can defend his title in April, with Kiawah Island hosting the US PGA in May and Torrey Pines staging June’s US Open.

Following its postponement this year, the Open Championship is due to be held at Royal St George’s in July, where Johnson finished runner-up to Darren Clarke in 2011.

Playing alongside Clarke in the final group, Johnson was two shots behind on the par-five 14th before carving his second shot out of bounds and running up a double-bogey seven.