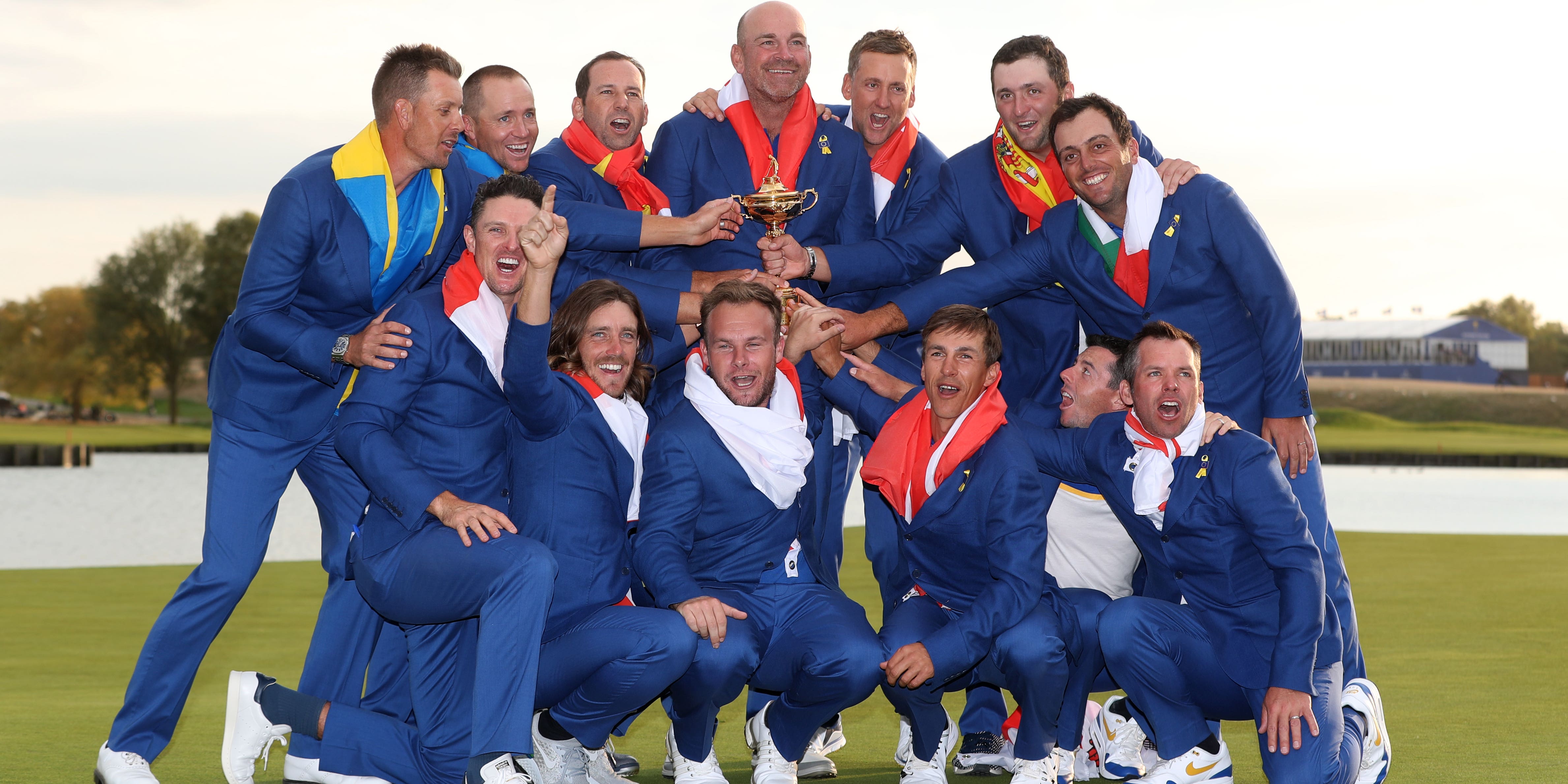 Youth versus experience. Enthusiasm and a lack of scar tissue from previous defeats against grizzled veterans who have seen it all before.

That is one way to view the 43rd Ryder Cup between the United States and Europe at Whistling Straits, a view which has a lot to commend it.

For the first time since their comfortable victory at Valhalla in 2008, half of the US team is made up of rookies, albeit rookies with some impressive claims to fame.

Collin Morikawa was still a university student during the last Ryder Cup in Paris, but has since won the 2020 US PGA and this year’s Open Championship to be the leading automatic qualifier for Steve Stricker’s side.

Patrick Cantlay claimed his place on the team in some style, shooting 27 under par in the BMW Championship before beating Bryson DeChambeau in a six-hole play-off to claim his third win of the season.

Cantlay then won the Tour Championship and FedEx Cup title for good measure and is likely to resume his Presidents Cup partnership with good friend and fellow rookie Xander Schauffele, who also happens to be the Olympic champion.

Harris English, Daniel Berger and Scottie Scheffler have less immediately eye-catching CVs, but world number 21 Scheffler is the lowest ranked player on the team, which includes eight of the top 10 and has a record-low average ranking of 9.0.

Europe can boast the world number one in Spain’s Jon Rahm, but the US Open champion is the only one of the team inside the world’s top 10 and the average ranking of Padraig Harrington’s side is 30.08.

Even if world number 61 Bernd Wiesberger had not qualified and Harrington had given Justin Rose (42nd) a wild card, that would only bring the average down to 28.5.

The other big discrepancy is in the ages of the two sides. When Europe last won on American soil at Medinah in 2012, Paul Lawrie was their only player over the age of 40.

At Whistling Straits their side will contain four players in their forties, including a 48-year-old Lee Westwood who has not had a top-20 finish since March and lost all three of his matches on his last appearance at Hazeltine in 2016.

The oldest player in the American team is Dustin Johnson at 37. The next after him are Tony Finau and Harris English at 32.

The home side may also benefit from the absence of the likes of Tiger Woods, Phil Mickelson, Rickie Fowler and Bubba Watson – experienced players with poor Ryder Cup records – and also Patrick Reed, the self-styled ‘Captain America’ who has become a disruptive influence in the team room.

Add in the fact that the crowd will be even more one-sided than usual due to travel restrictions preventing large numbers of European fans from attending and it is easy to see why the United States are odds-on favourites to regain the trophy.

And despite Europe winning seven of the last nine contests, five of the last six were won by the home side and it took a “miracle” at Medinah to prevent that being six out of six.

So who will come out on top in the battle between youth and experience?

“Hopefully it will work out better for us than it will work for them,” said Europe wild card Sergio Garcia, the contest’s all-time record points scorer. “I can see what they are trying to do. I can see that they need new energy in there. They need new experiences.