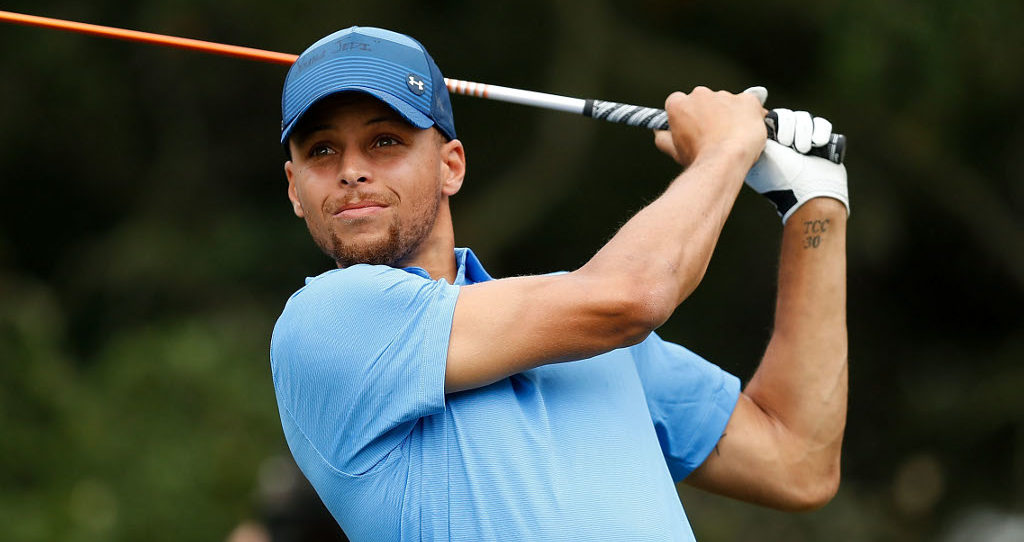 NBA superstar Stephen Curry has swapped the basketball court for the golf course this week and proved he could handle himself pretty well.

The Golden State Warriors player signed for a four over 74 at the Web.com Tour’s Ellie Mae Classic on Thursday.

While Curry is eleven strokes off the lead, he has plenty reasons to smile, with four birdies leaving him tied for 142nd in the 156-man field.

Plenty to smile about on the course today @StephenCurry30 #TeamUA pic.twitter.com/ofPZCT0Zxz

There was also a delightful moment when Curry rolled in a 20 foot putt and paid homage to Jordan Spieth’s Open Championship heroics, pointing at the hole and telling his caddie to “go get that…”

Hey @JordanSpieth, look what you started. @StephenCurry30 playfully tells caddie to "go get that" after sinking birdie putt pic.twitter.com/dQcjYgiRmL

The golfing world took notice of Curry’s round, heaping praise on the two-time NBA MVP.

Gutsy day from @StephenCurry30, proved A LOT of people wrong. Dude has game! And I'm sneaky glad he bogied 18 so I didn't tie him today 😂😂 https://t.co/duASL4GEb5

.@StephenCurry30 making 3 birdies and shooting +4 is super impressive. Great golfer but things can be tougher inside the ropes. Well done

1st golf scoring I checked out today from all tournaments was @StephenCurry30 @WebDotComTour.