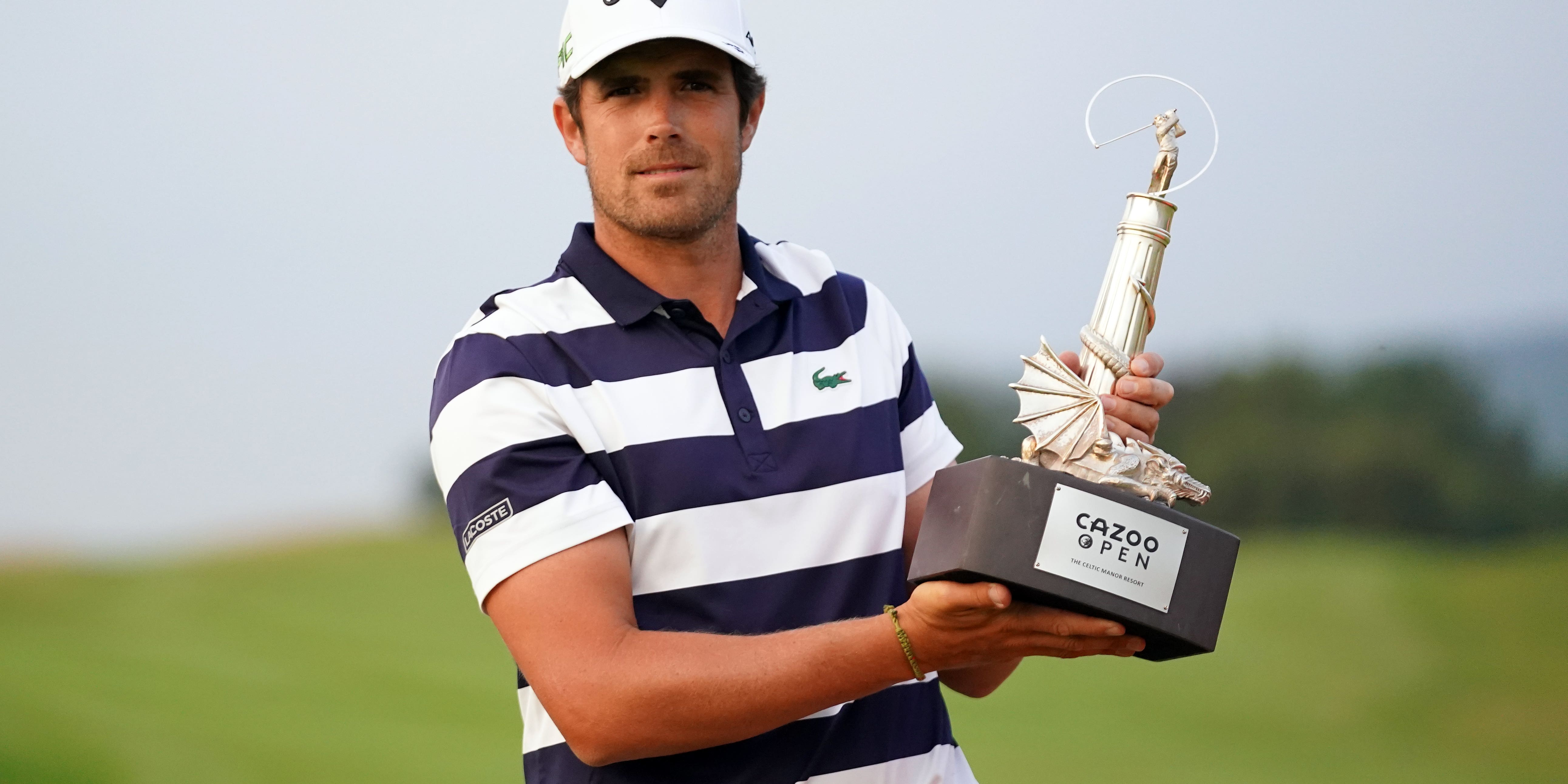 Nacho Elvira dedicated his dramatic victory in the Cazoo Open to fellow Spanish player Celia Barquin Arozamena, who was murdered in 2018.

Elvira squandered a six-shot overnight lead and bogeyed the 72nd hole before rallying to beat Justin Harding in a play-off to win his maiden European Tour title at Celtic Manor.

Harding three-putted the first extra hole, the par-five 18th, to gift victory to Elvira, who had earlier made the same mistake when a closing par would have secured the title.

Finland’s Mikko Korhonen and Harding had both played their first 15 holes in six under par to share the lead on 16 under, with Elvira falling a shot behind after covering his first 14 holes in one over.

The 34-year-old then drove the green on the short par-four 15th to set up a straightforward birdie and holed from 20 feet for another on the 17th to retake the lead, only to three-putt the last from 18 feet.

“Jesus, what am I doing to myself,” Elvira told Sky Sports. “I thought I had it all pretty much under control and to be honest I got pretty nervous on the last couple of putts on the regular 18(th).

“I was more calm in the play-off than I was on 18 to be honest. It’s a shame to see someone miss a putt – I guess they felt the same for me when I missed it, but I can’t believe I won.

“I’m shaking right now. It feels good. It feels like all the hard work has paid off a little bit I guess but we still have to keep working and try to put ourselves more in this position.”

Asked how his idol, the late Seve Ballesteros, and mentor Jose Maria Olazabal would be feeling, Elvira added: “They are probably putting their head in the ground after the last putt on 18 but I hope they are proud.

“I hope Seve, wherever he is, is proud and I hope Jose Maria is proud as well.

“To be honest I was thinking especially during the last nine or 10 holes about Celia Barquin, she passed away a few years ago. I was good friends with her family and this is for her.”

Barquin, who won the European Ladies’ Amateur Championship in 2018, was a student at Iowa State University when she was found dead on a course in the state in September that year.

Collin Richards pleaded guilty to first-degree murder and was sentenced to life in prison without the possibility of parole in August 2019.

Korhonen finished a shot outside the play-off following a costly bogey on the 17th, with England’s Callum Shinkwin another stroke back in fourth.