‘My best is ahead of me’ – Justin Rose motivated by winning majors, not rankings 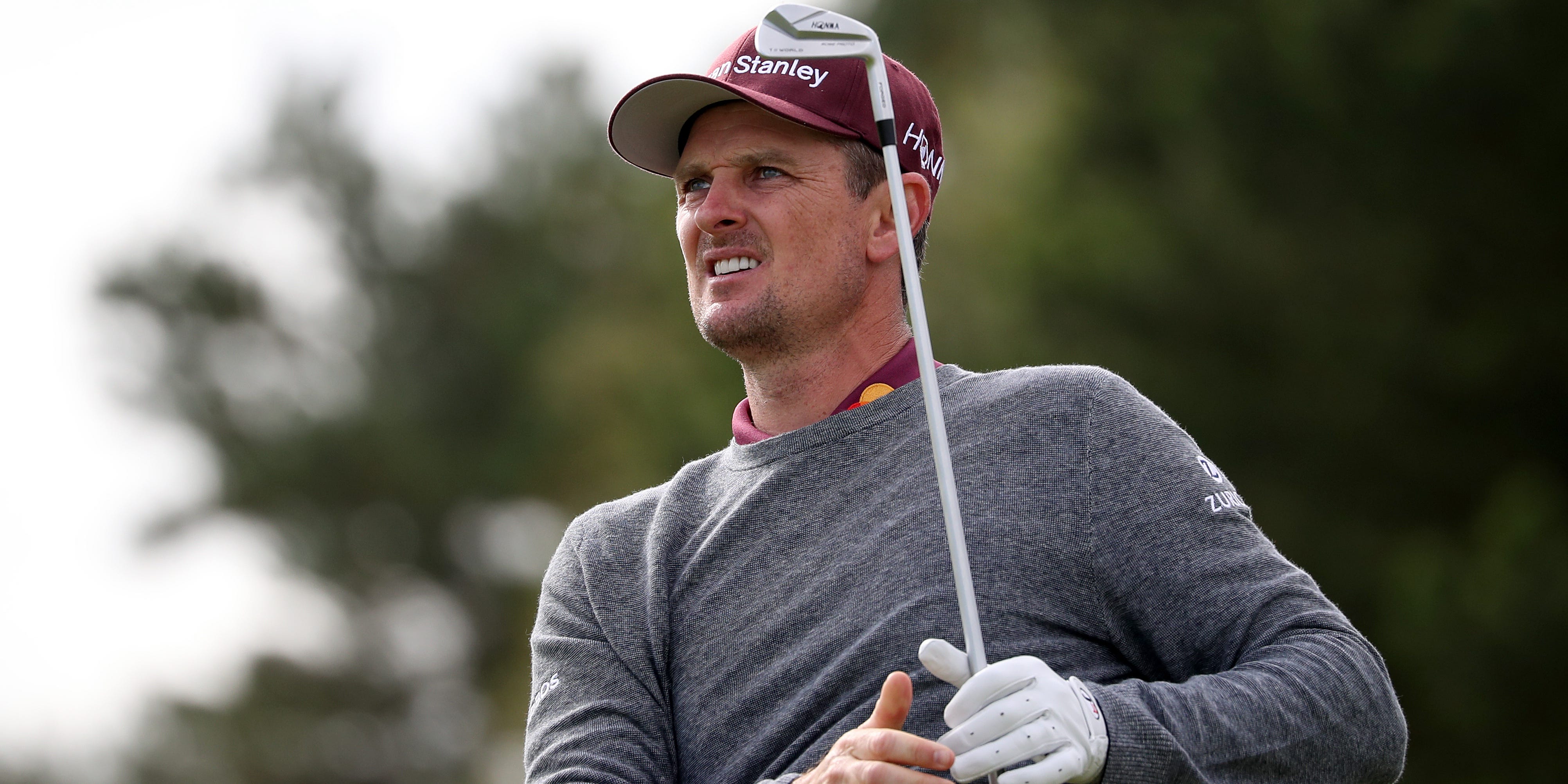 Justin Rose has pledged to “come out swinging” as he looks to fix the mistakes which have seen him slide down the world rankings.

A first successful title defence of his career in the Turkish Airlines Open in November 2018 took Rose to world number one for the second time, but he was already in the process of switching equipment suppliers.

In his second event using Honma products, Rose won the Farmers Insurance Open in January 2019, but that remains his last win to date and just over a year later there was no Honma equipment in his bag at the Arnold Palmer Invitational.

The split was made official in May and, although Rose finished third in his first event following the coronavirus shutdown, he endured a first winless season since 2009 in 2020 and starts this week’s Omega Dubai Desert Classic ranked 38th in the world.

“World rankings only serve a purpose to get into tournaments, they don’t concern me,” Rose said. “Winning major championships concern me; I still feel like that’s ahead of me and I have that opportunity. I still believe that my best is ahead of me.

“That motivates me. If I felt I was on that slippery slope out then it’s hard to put one foot in front of the other.

“I’m not concerned about playing the game for the sake of playing the game, I only play because I feel like I can improve and I’ve dedicated my whole career to leaving no stone unturned and enjoying the process of getting better as a player.

“I’ve definitely made some mistakes the last couple of years and they are only really mistakes in hindsight.”

The loss of long-time caddie Mark Fulcher due to health issues was largely out of Rose’s control, but the 40-year-old also split from coach Sean Foley and conceded the equipment change was all down to him.

“Some things didn’t fall into place after that,” he added. “You make the best decision you can at the time thinking it’s the right decision. But hindsight is a wonderful thing.

“I’ve pivoted as quickly as I can in those scenarios. Sometimes there’s water that’s gone under the bridge and you need to work your way back a little bit. It’s what my career has been about, I’ve had my ups and downs.

“When I’m on the slide it makes me want to come out swinging and with my back against the wall a little bit, I kind of like it that way. It keeps me motivated and it keeps me hungry.”

Rose has changed caddies for 2021 – David Clark replacing Gareth Lord – and also employed a physio to work with him at tournaments.

“I work hard in the gym at home but sometimes on Tour I’ve not had that regular support to fine-tune the game,” he added. “Your golf swing is sometimes only as good as the body lets it be.

“I’ve fallen into a few bad habits and traps with the body over the last year or two, that’s manifested into my game a bit.”

Tyrrell Hatton’s victory in Abu Dhabi on Sunday reinforced his position as England’s top-ranked player, although the 29-year-old is struggling to come to terms with being the world number five.

“The win last week still feels a little bit surreal, alongside with where we’ve moved up to in the world rankings,” Hatton said. “It doesn’t feel like it was me who won the tournament.

“I don’t see myself as anything special. Just going about my business, doing my own thing. That’s just the way I am, I guess.

“I’m looking forward to this week. It’s nice to be back here in Dubai, I missed the event last year because I was still recovering from wrist surgery. I’ve had some good finishes in the past and I’m hoping I can have another good week this week.”