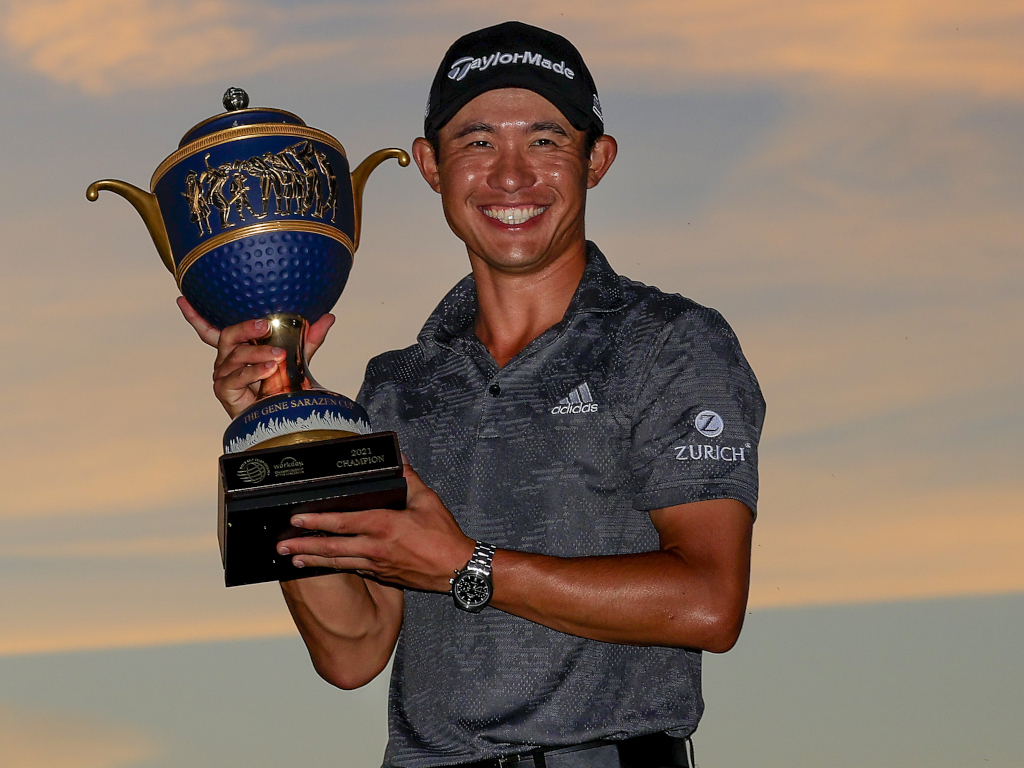 Ask any golfer his take on a links course and the large majority will likely break out in a cold sweat, if only because this variety of the game is incredibly unforgiving and only a select few have enough talent to truly tame it.

Because this type of golf has the ability to make world class stars look incredibly ordinary and every year that another edition of The Open Championship is contested, another raft of victims are claimed by such a punishing playing environment.

While it is fair to say that the recent 2021 edition was absolutely no different and with a number of early contenders once again falling by the wayside, it was left to Collin Morikawa to eventually lift the famous claret jug for himself.

The American would eventually win by two shots and although compatriot Jordan Spieth would do his best to push him all the way on the fourth and final day, it would not be enough to overtake the 24-year-old winner.

While success in the Kent town of Sandwich means that Morikawa has now added a second major to his career collection and success in England is now paired up with a win at last year’s PGA Championship in San Francisco.

Morikawa’s fourth round 66 was enough to overturn a one-shot deficit that he had going into the final day and with then leader Louis Oosthuizen only recording a 71 by comparison, it would mean that South African’s shot at victory had subsequently slipped through his fingers.

Something that looked rather unlikely came at the end of Saturday night and the best betting lines currently offered by Fanduel would have certainly reflected this, as Oosthuizen was the favorite for those looking to make a late bet.

A bet that would have seen money lost when all was said and done and once again, the man who leads after the penultimate day’s efforts, is not the same person who earns the spoils at the end of Sunday evening.

Did the South African have a bad final round? A score of 71 would suggest perhaps not. Then again, when looking to complete the task in hand and also attempting to keep a pool of talent at bay, such a performance was never going to be good enough.

To eventually finish four shots off the pace, will be a bitter pill for the South African to swallow and due to a relative fluffing of his lines, he was unable to repeat his previous Open Championship success of 2010.

There’s no doubt that the 38-year-old is at one with links golf, as he also made it to a three-man play-off back in 2015 and after getting piped to a second Open success by Zach Johnson, many felt that 2021 would once again be his year.

Of course, as we all know by now, that was certainly not the case and to the victor goes the spoils, spoils that rightfully go in the direction of Collin Morikawa after a cool and calm display over four gruelling days.

While such a victory and a second major success, begs one simple question: Is Morikawa the sport’s new superstar? It might be just a little early to suggest such an accolade, although at the age of 24, the optics certainly look positive.

Some will say that the sport is going through something of an identity crisis during these past few years, while others will point to this victory and the recent efforts of Spaniard Jon Rahm and suggest that golf is actually in a state of rather good health.

In an age where attention spans are seemingly becoming ever shorter, golf like many other sports is vying for continual focus and perhaps most importantly, focus from a much younger audience than before.

Because that younger audience will be the lifeblood of the sport going forward and if golf’s next generation can keep bloodying the noses of their senior counterparts, the swing of support will certainly come back in a rather big way.

Wins such as this, are ones that can be considered vibrant, energetic, and incredibly important and with Morikawa leading the charge, do not be surprised if the young upstarts collect many more majors in the not-too-distant future.