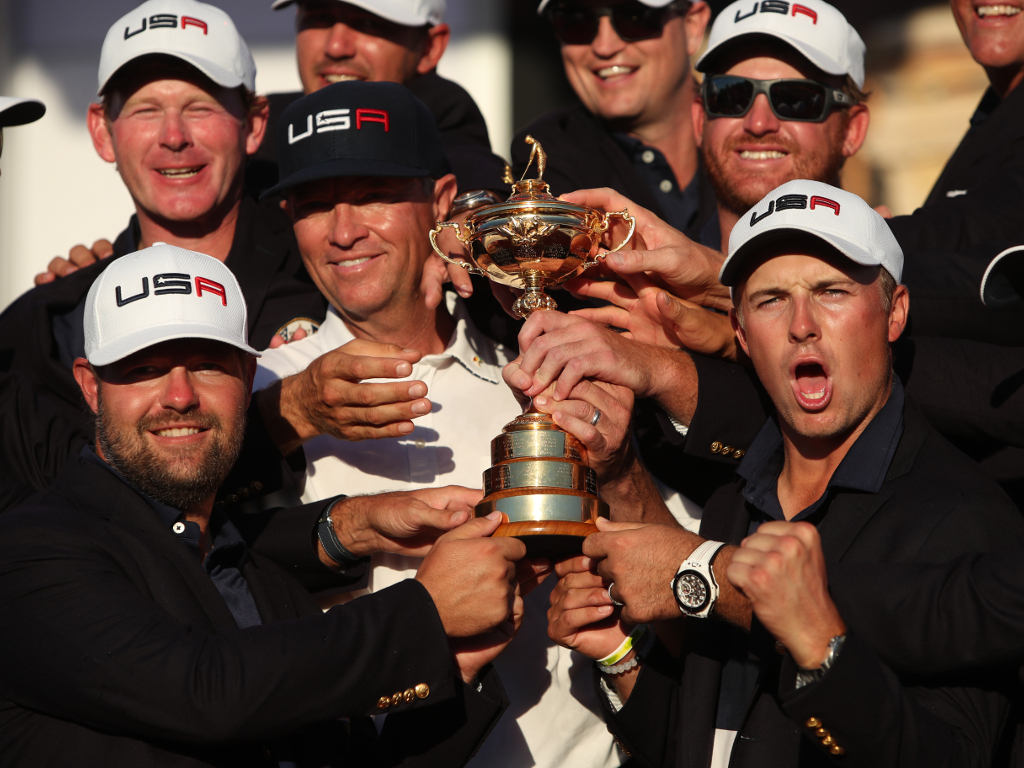 There’s a jam-packed calendar of men’s pro golf to look forward to in 2020 with the upcoming year even busier than usual. Annual events like the Majors, European and US PGA Tours are supplemented by the Summer Olympics in Japan and the 43rd Ryder Cup with the United States hosting.

These special tournaments which are scheduled to take place once every four and two years respectively sit after all four Majors have been played.

Any golfer landing The Open Championship and its coveted claret jug won’t have long to savour that victory. Just eleven days after playing their final round at Royal St George’s in Sandwich on July 19, they will tee off at the Kasumigaseki Country Club in Kawagoe City, Saitama.

That is, of course, provided The Open champion meets the qualifying criteria for the Olympic tournament. Based on world rankings as of 22 June (following the conclusion of the US Open), the top 15 players are taken with a maximum of four golfers per country.

At least one golfer from the host nation – Japan – and each continent is guaranteed a berth at the Olympics. Remaining spots in the 60-man tournament go to the highest-ranked players from countries that don’t already have two automatic qualifiers.

Sounds complicated. Like the Majors, the Olympic golf tournament is held over four days (July 30 to August 2). The last champion, crowned at the Rio de Janeiro Games of 2016, was Great Britain’s Justin Rose who took gold by two shots from Swedish player Henrik Stenson.

Come the end of September, the Ryder Cup – the most prestigious team event in golf – heads stateside to Whistling Straits near the shores of Lake Michigan in the state of Wisconsin. After losing to Team Europe by seven points at Le Golf National in France back in 2018, the Americans led by captain Steve Stricker will be out to do much better with home advantage. He was part of a winning home Ryder Cup team for the United States back in 2008.

The odds are in their favour with British bookmaker bet365 making Team USA their 2020 Ryder Cup golf betting favourites at 4/5. Europe have a decent record across the Atlantic, however, and cannot be discounted for a successful defence at 6/4.

We won’t know which golfers will make it onto the Ryder Cup teams until much nearer the time. The action gets underway at Whistling Straits on September 25 and has the usual format over three days. After two days of four foursomes and as many fourball fixtures, the Ryder Cup culminates in a dozen singles matches played throughout the final day.

Three-time Major winner Padraig Harrington is captain of Team Europe in 2020 and he will be hoping to continue the success of his predecessor Thomas Bjorn. Harrington has opted to keep Robert Karlsson as vice-captain which should help in regard to continuity.