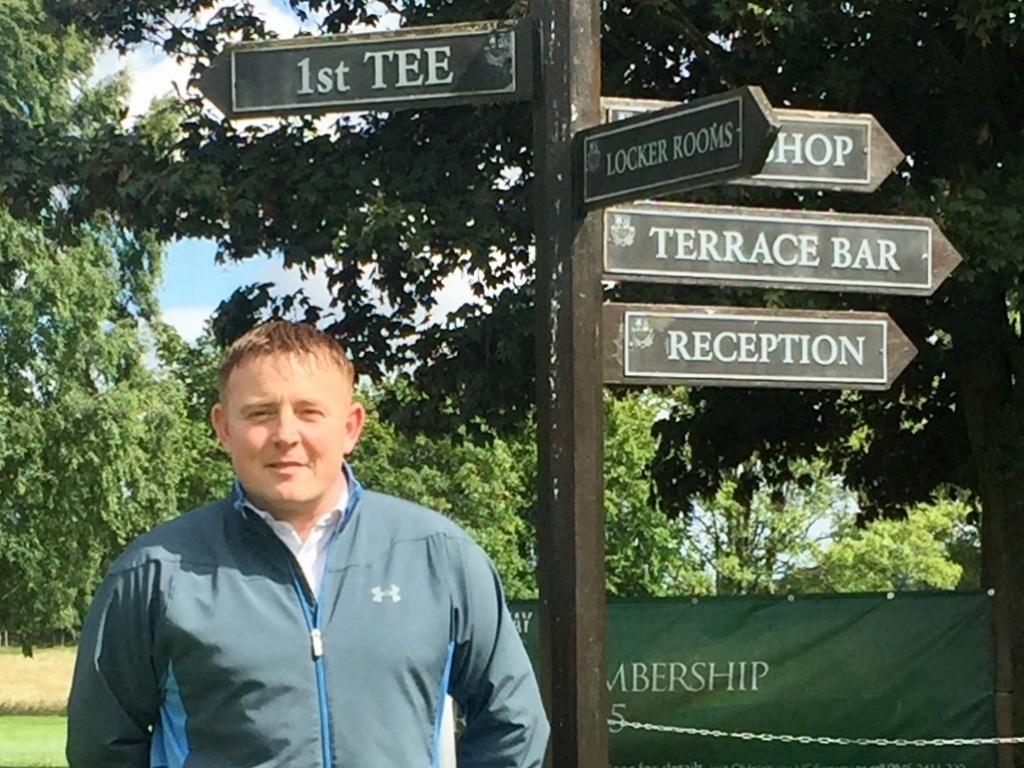 Teaching golf to a group of youngsters may be a daunting prospect for some – but Aldwark Manor’s new head of golf, Tony Moore, has been in much more stressful situations, having spent 10 years in the Parachute Regiment.

Moore, 43, joined the Army straight from school in 1990 and his tours of duty included spells in the Falklands, Northern Ireland, Bosnia, Rwanda, the first Gulf War and Sierra Leone. Always a keen golfer, when he left the Army in 2000 he and his father opened a golf shop in Murcia, Spain, before he moved on to a post as an assistant professional at Royal Golf de Campoamar.

In 2007 he undertook his first UK position in golf, as a PGA professional at Ufford Park Golf Club, in Suffolk, where he remained until 2014, when he joined Oulton Hall, in Leeds – like Aldwark Manor, part of the QHotels’ portfolio of golf resorts – as golf operations manager.

Two years later he moved to Topgolf, in Watford, as retail manager for the site’s American Golf store, before he was lured back to Yorkshire to take up his new role at Aldwark Manor, in York.

And the level-one football coach and fitness instructor believes the experience he gained during his time with 2 Para has stood him in good stead during his second career as a PGA professional.

He said: “The skills I learned while in the British Army, such as planning, team-work, adaptability and determination are things I have always strived for, along with excellence and attention to detail. And I believe I’ve carried them forward and utilised them in my second career.

“I was thrilled to be appointed head of golf at Aldwark Manor. It’s a great venue in a wonderful part of the country and I’m looking forward to working not just with the members but also with the local community to increase participation, particularly in the junior and disability sectors.”

Aldwark Manor’s general manager, Stewart Woodeson, added: “Tony has good experience in all sides of the golf operation and will be a valuable asset for the resort. He’s also personable, enthusiastic and dedicated, which will endear him to members and visitors alike.

“What’s more, his experience as a corporal in the Paras will be useful when it comes to keeping us all in order,” smiled Woodeson.

Part of the multi-award-winning QHotels group, Aldwark Manor Golf & Spa Hotel is set within 120 acres of parklands. It is a delightful mix of the old and new, with a contemporary wing attached to the 17th-century manor house.

The beautiful River Ure meanders through Aldwark’s easy-to-walk course, in the breathtaking Vale of York, creating a par-72 layout that may prove as testing as it is aesthetically pleasing .