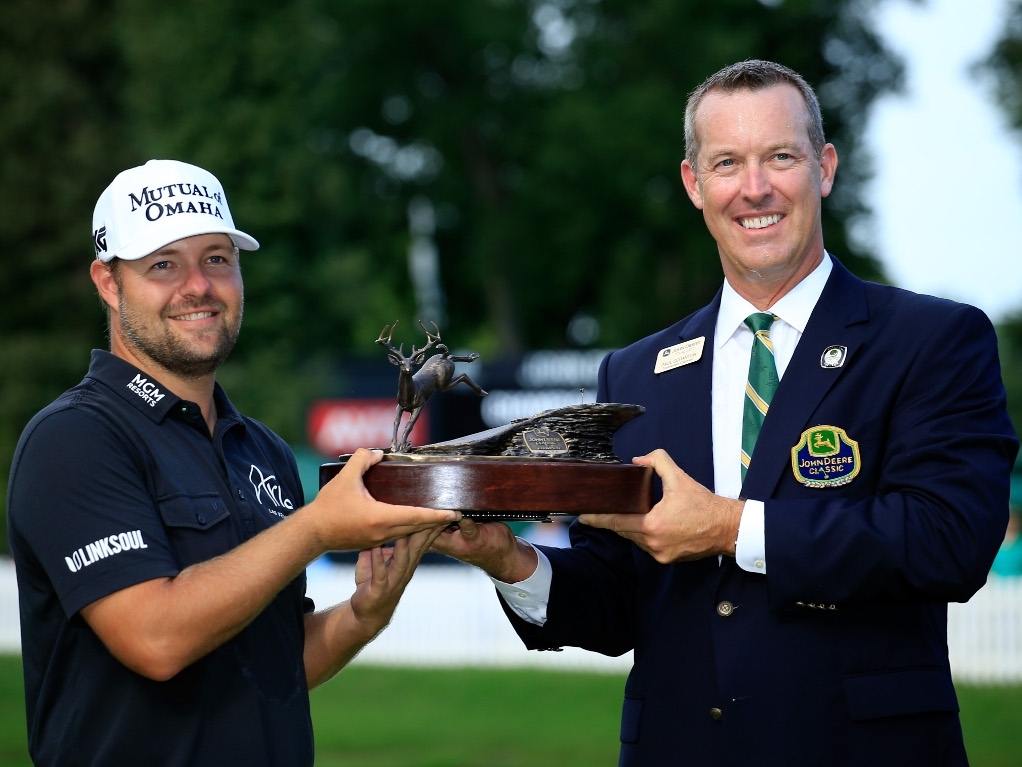 Ryan Moore carded a four-under-par 67 to triumph at the John Deere Classic by two strokes on Sunday.

Moore finished on 22 under to win his fifth PGA Tour title and first since claiming victory at the CIMB Classic in November 2014.

Ben Martin came second, finishing on 20 under, while South Korea’s Whee Kim was in a tie for third with Morgan Hoffmann on 17 under.

Moore, who held a one shot lead overnight, began his round with a trio of birdies on the front nine, which included a holed 24-foot  birdie putt at the fourth. Even though he made just one birdie on the back nine, it was still enough to see him to victory.

Martin’s round of 68 consisted of five birdies, which included a 26-foot putt at the eighth and two bogeys, while Kim registered four birdies during his round of 67. Hoffmann, meanwhile, fired a level-par 71, which included three birdies and three bogeys.