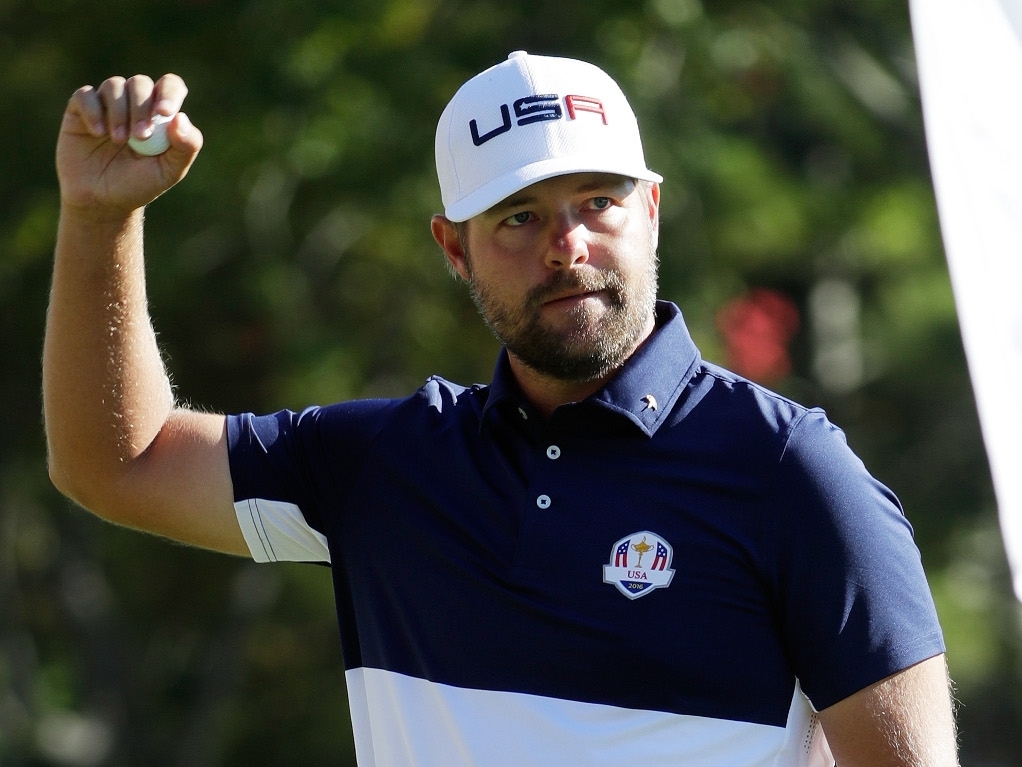 Ryan Moore was unable to hide his delight after sinking the winning putt to wrap up USA’s dominant 17-11 win over Europe at the Ryder Cup on Sunday.

The 33-year-old Moore turned things around spectacularly to claim the winning point, the Washington native winning the last three holes after being two-down after the 15th as opponent Lee Westwood collapsed.

Moore, who was playing in his first-ever Ryder Cup, admitted that he still cannot believe the US emerged victorious for the first time since 2008.

"I don't think I've had a moment to digest what just happened," he said. "I was trying my hardest, trying to not let my team down, to make Lee do something to beat me.

"To clinch the last point of the Ryder Cup for the US is unbelievable."

Moore was the final pick of USA captain Davis Love III and won two of the three matches he was involved in, including his dramatic triumph over Westwood on Sunday.

Having thoroughly enjoyed his first taste of Ryder Cup action, Moore is now eager to continue being part of the tournament in the future.

"This is something I want to be a part of every single year. The crowds have been so supportive," he added.