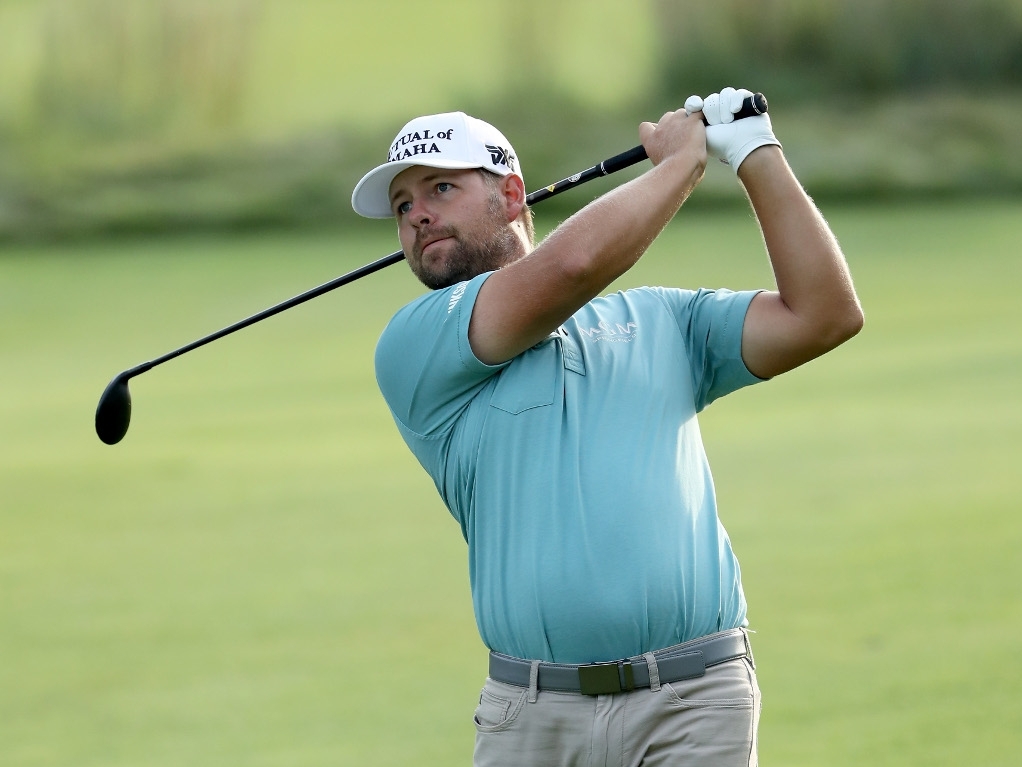 Ryan Moore and James Hahn carded six-under-par 65s to claim a one-shot lead at the Deutsche Bank Championship on Friday.

Paul Casey, Fabian Gomez, Brian Stuard and Jhonattan Vegas are in a tie for second after firing five-under-par 66s, while 13 golfers, which includes world number six Adam Scott, sit in a tie for seventh on four-under.

Meanwhile, defending champion Rickie Folwer is four strokes adrift of the lead in a tie for 38th, while world number one Jason Day is in a tie for 48th on one-under.

Moore, who won the John Deere Classic last month, kicked off his round with a trio of birdies on the front nine, which included a 16-foot putt at the second. He continued to excel on the back nine as he made three more birdies to put himself in a share of the lead heading into the weekend.

Hahn, whose last victory came at the Wells Fargo Championship in May, began with two birdies on his front nine. The 34-year-old proceeded to make three birdies on the first four holes of his back nine before concluding his round with a birdie at the ninth.

Casey made eight birdies and three bogeys during his round, while Gomez made six birdies and a bogey. Stuard had seven birdies and two bogeys, while Vegas’ round consisted of five birdies.

Fowler, who recorded a 69, got off to a sluggish start as he made a birdie and a bogey, but the world number eight turned his fortunes around on the back nine as he made three birdies, which included a 19-foot putt at the 10th, and a bogey.

Meanwhile, Day started his round of 70 with a birdie and bogey on his front nine, but began shifting his game to the next level on his back nine as he started with a 17-foot birdie putt at the 10th and followed it up with a seven-foot eagle putt at the par-five second. The Australian was unable to finish on a bright note as he made consecutive bogeys at the fifth and sixth.