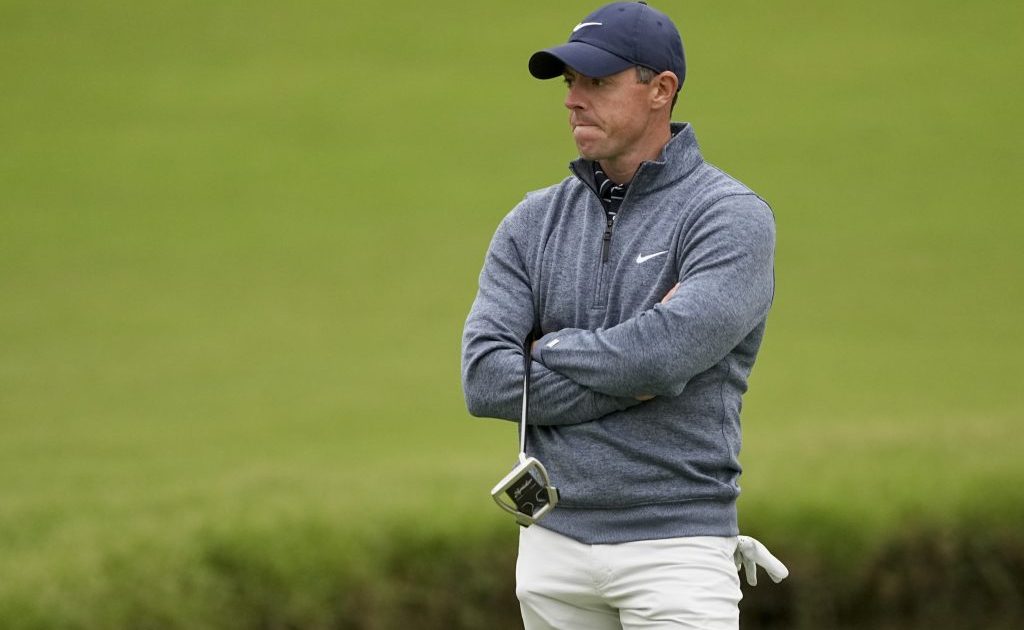 Rory McIlroy has warned his fellow players of the dangers of pursuing “boatloads of cash” above all else as the Saudi-backed breakaway events continues to divide the game.

On the eve of the first LIV Golf Invitational Series event at Centurion Club in Hertfordshire, McIlroy was preparing to defend the RBC Canadian Open he won back in 2019, before the coronavirus pandemic placed the tournament on hold.

RBC has ended its sponsorship of Dustin Johnson and Graeme McDowell over their participation in the rival circuit, and although McIlroy was again reluctant to criticise the likes of former Ryder Cup team-mate McDowell, he reiterated his opposition to the project.

“I think my stance on it has been pretty clear from the start,” McIlroy said. “It’s not something that I want to participate in. I’m certainly not knocking anyone for going. It’s their life, it’s their decision, they can live it the way they want to.

“But for me I want to play on the PGA Tour against the best players in the world. And I think for me, any decision that you make in your life that’s purely for money, usually doesn’t end up going the right way.

“Obviously money is a deciding factor in a lot of things in this world, but if it’s purely for money it never seems to go the way you want it to.”

Asked for a personal example, McIlroy referenced the early part of his career when he would be guaranteed more from an appearance fee than he could win on the course.

“Where’s the incentive to go and play well?” he added. “I felt flat. We all know why everyone’s playing in London this week, it’s boatloads of cash and it’s money up front and I get it. For some guys I totally get it.

“I think they’re thinking very short-term. Some of these guys are younger than me and have their whole careers ahead of them. That’s the thing I don’t get.

“Everyone has to do what’s right for themselves and who are we to say otherwise. I’m happy with what I’m doing and playing in a golf tournament and not just following all the drama on Twitter.”

McIlroy brushed off criticism from LIV Golf CEO Greg Norman that he had been “brainwashed” into supporting the PGA Tour and hopes that the likes of Lee Westwood, Ian Poulter and Sergio Garcia will be able to continue in the Ryder Cup, despite their involvement with the breakaway circuit.

“Yes, I think they should be able to,” he added. “They’ve been such a part of the Ryder Cup and look at the history Poults has at the Ryder Cup.

“It would be such a shame for him not to be involved going forward.

“It’s hard because they are playing in defiance of the Tour but I think everyone needs to get in a room and figure it out.

“I feel like the professional game was on a nice trajectory where everything was becoming more cohesive and now it’s becoming more fractured again and I don’t think that’s a good thing.”