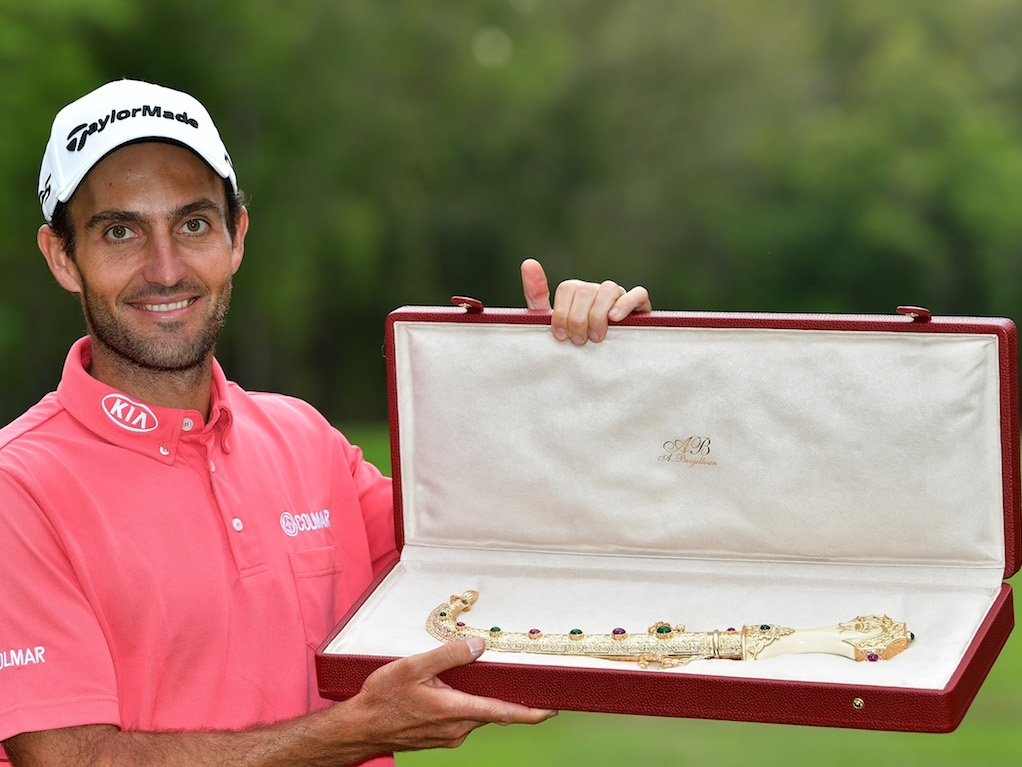 Edoardo Molinari clinched his first European Tour title in seven years as he beat overnight leader Paul Dunne in a play-off at the Trophée Hassan II.

Molinari finished his fourth round with an eagle to snatch the outright lead but Dunne held his nerve to card a birdie at the last to get to nine under and take the contest to a play-off.

Molinari then boxed his par putt from two feet out for the win after Dunne made five at the first play-off hole.

“I’ve been through some very hard times with injuries and bad form.

“To be able to win this week deletes a lot of bad memories and hopefully I can keep going down this road.

“It just shows that you should never give up, you should always keep trying, keep working hard.

“I’ve probably been the player who has spent the most time on the driving range over the last three years. This is a great reward for so much hard work.”

Englishman Paul Waring was alone in third on eight under after carding four birdies and a bogey in his final-round 70.