Molder one clear in Texas 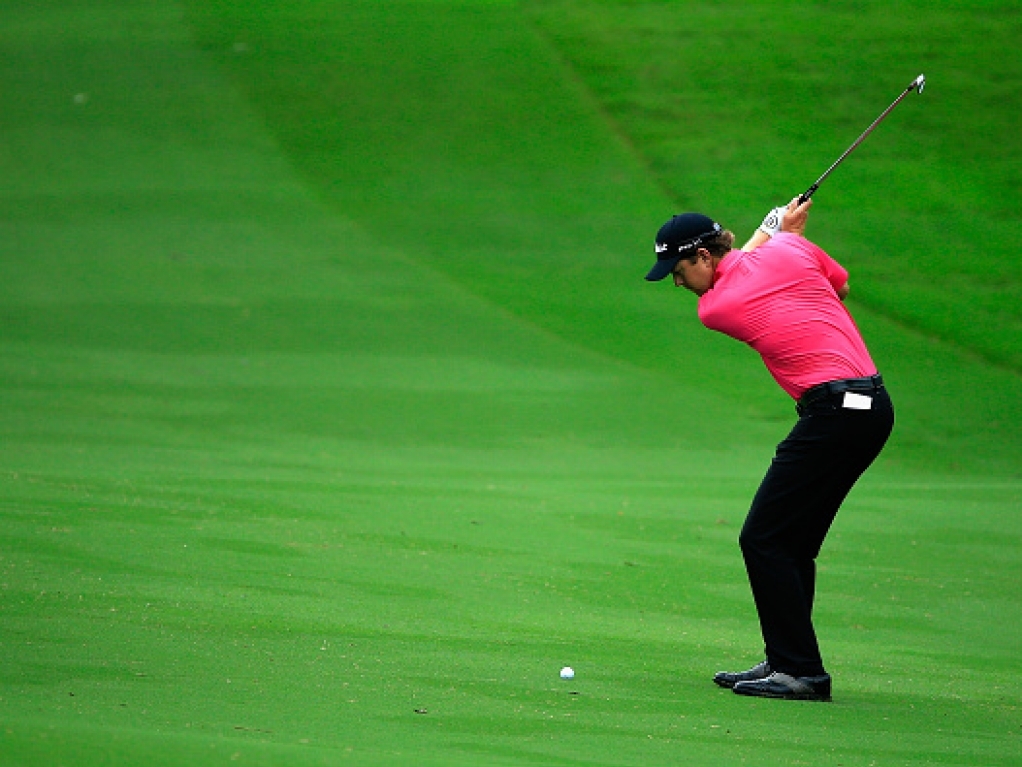 American Bryce Molder brushed off a 91-minute weather delay to card a six-under-par 64 in the first round of the Dean & Deluca Invitational on Thursday to take a one-shot lead.

Anirban Lahiri, Patrick Reed and Webb Simpson are in a tie for second after firing an opening 65.

World number two Jordan Spieth shot a 67 and currently sits in a tie for ninth.

Molder began his round with nine straight pars before birdying six of his last nine holes to put himself ahead by one-stroke in Fort Worth, Texas.

The 37-year-old has one victory on the PGA Tour, at the Frys.com Open back in 2011. This season, he has garnered four top-10 finishes, including a tie for eighth at the Zurich Classic a month ago.

On the conditions, Molder said; “I don’t know if it helped. Maybe so. I went back out on the range, tinkered here and there, and found a little groove.”

Lahiri notched up seven birdies in his round of 65, with four birdies on his closing nine propelling him to five-under.

Spieth began strongly with birdies at the opening two holes, but bogeyed the par-three fourth and could only muster two further birdies in his round of 67.

The Texan’s current form was criticised by Craig Perks who said he was concerned with Spieth’s body language; “I think the mental attitude and the makeup is most important. He’s been exasperated a lot, maybe too demonstrative at times.”

The shot of the day went to Kevin Chappell who holed an eagle from 158 yards on the par-4 10th.