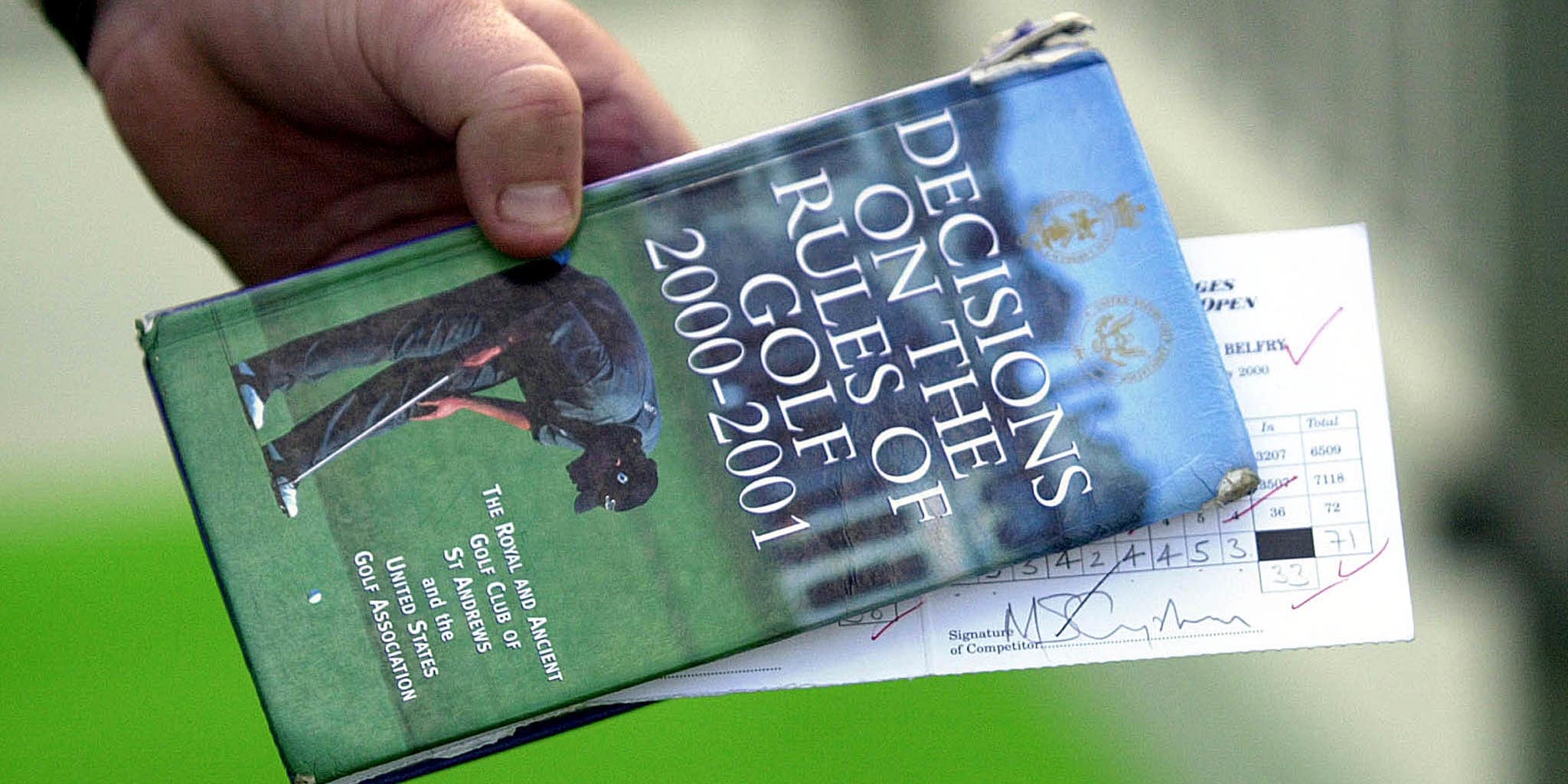 Modifications for players with disabilities will be fully incorporated into the Rules of Golf from 2023 as the “headline” change announced by the R&A.

The creation of Rule 25 comes as the game’s governing bodies continue their efforts to make golf more inclusive and sustainable, with four million fewer copies of the rules being printed as the rules are promoted on a mobile app.

Grant Moir, director of rules at the R&A told the PA news agency: “There is very much a focus on inclusivity with the new rules.

“We are delighted to be making that change and introducing the new rule.

“We had a number of video calls with players representing different categories of disabilities and they were really pleased that this was coming in. There was a real positivity around the move.”

The modifications include allowing blind players to receive help with taking a stance and lining up for a shot, while amputees are allowed to anchor the club and get help to drop or replace their ball.

“The modifications first came into place more than 25 years ago and have been refined along the way,” Moir added.

“But it has always been a theme of our discussions with players or administrators that they want as few differences as possible.”

Asked if the new rule could boost golf’s bid to become included in the Paralympics, Moir said: “Whether it would be a help directly would be very hard for me to say, but certainly seeing that this is now part of the rules themselves and the governing bodies are absolutely embracing this can only be a good thing.

“We’ve never felt it was out on the fringes, but this just underlines our commitment to the fact that golf is inclusive, golf is for everyone.”

Other changes to the rules include allowing players to replace a club that is damaged during a round, provided it was not damaged through abuse, while a ball at rest must be replaced if it moves to “another area of the course” after being dropped, placed or replaced.

The latter was initially prompted by an incident involving Rickie Fowler during the final round of the WM Phoenix Open, which he went on to win despite a triple-bogey seven on the 11th hole.

Moir said: “He had taken relief from a penalty area, dropped within two club lengths under a one-stroke penalty and the ball was at rest and in play, and then it subsequently set off back into the penalty area and he had take another penalty.

“It got on our agenda at that point and it happened a couple of other times as well in high-profile circumstances.

“Now, if the ball moves to another area of the course – fairway to bunker, fairway to penalty area – the player is going to simply replace it without penalty.

“The damaged club rule is something of a simplification. Before it was only permissible for repair and we felt why not allow replacement? People don’t go out to try and damage clubs so they can replace it with a different club, that’s just not the mindset.

“So if someone has tripped over their putter or their driver head has exploded and they happen to be going past the clubhouse at the turn, it seemed sensible and equitable to allow people to get a replacement on the assumption it hasn’t been self-inflicted.”