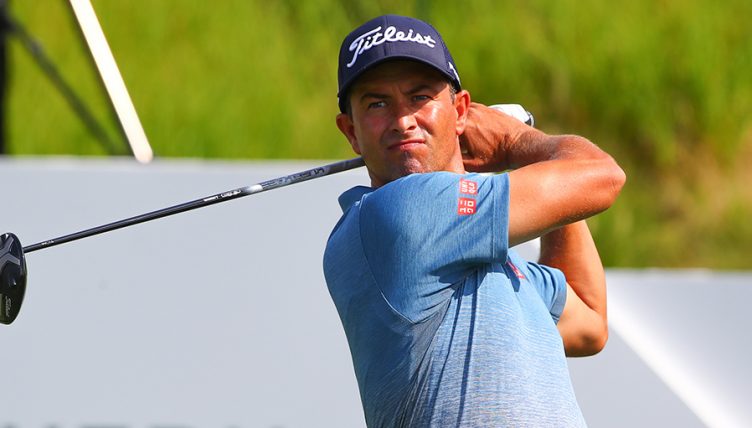 Former world number one Adam Scott has blasted the PGA Tour over the design of their golf courses, claiming they are too straight and punish good drivers by negating their talents.

64 of the 69 players who competed at the BMW Championship at Medinah last week finished under par, despite the course measuring a total of nearly 7,700 yards.

Indeed, twice over the weekend the course record was smashed, first by Hideki Matsuyama on Friday and then by Justin Thomas on Saturday.

And Scott believes that should now be enough to make PGA Tour course designers take the hint that building longer courses is just not good enough anymore if they want to challenge the world’s top players.

“They haven’t figured out yet that long means nothing to us – you can’t build it long enough,” Scott said on Saturday evening.

“I’m not surprised to see low scores out here. If a golf course is soft we are just going to tear it apart.”

The human highlight reel. 📽️@JustinThomas34 was on 🔥 Saturday at the @BMWchamps.

Scott says it even goes so far as penalises players who drive the ball very skillfully, as opportunities to use that skill and translate it into an advantage over rivals are few and far between.

“If you require us to shape tee shots to get it in play we’re going to struggle.

“[Now] we just play straight, everything is straight. While there is an option to go over trees and over bunkers, it is just relentless.

“The driver is the most forgiving club in the bag now; it’s just swing as hard as you can and get it down there far.

“It’s not a skillful part of the game anymore and it’s really unfair for some guys who are great drivers of the golf ball.

“I don’t think their talents are showing up as much as they should.”