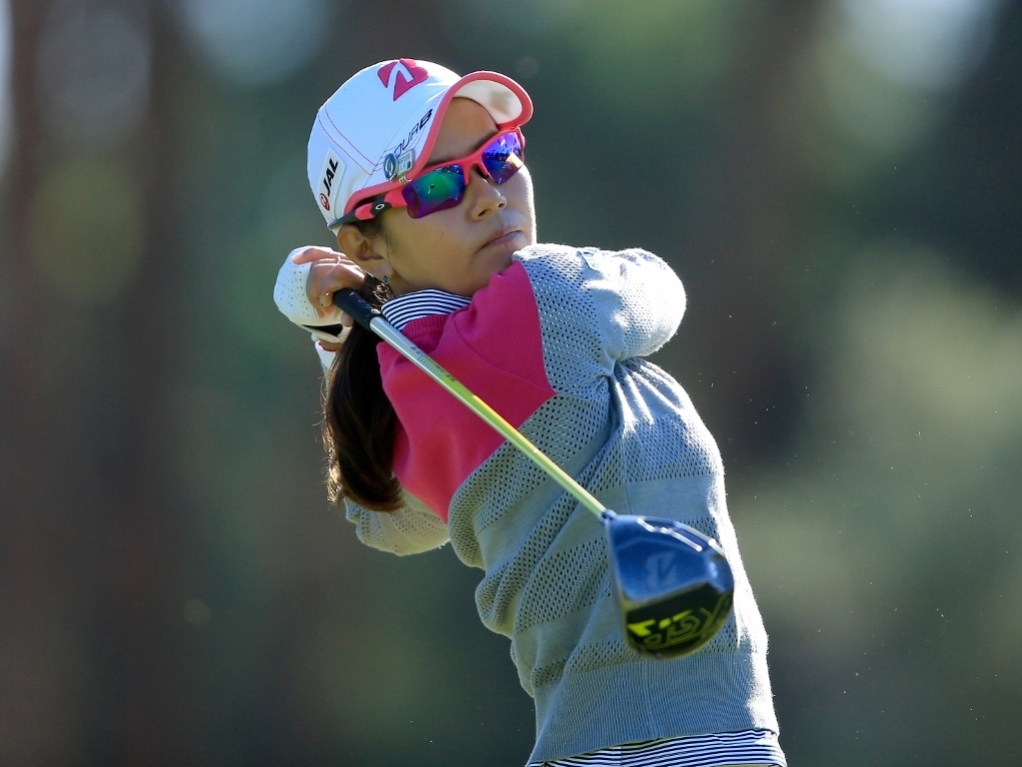 Miyazato and Munoz are closely followed by the trio of Catriona Matthew, Shiho Oyama and Lee-Anne Pace who carded four-under-par 68s.

A plethora of golfers are two strokes back in a tie for sixth, including world number three Lexi Thompson and Ha Na Jang, who has won two tournaments – the Coates Golf Championship and HSBC Women’s Champions – this year.

Meanwhile, world number one Lydia Ko and world number two Inbee Park are three shots off the lead in a tie for 14th.

Miyazato, who heads the field first time since the 2013 Pure Silk-Bahamas LPGA Classic, looked in superb form early on as she started the first major of the year with consecutive birdies at the first and second before making two more birdies at the fifth and sixth. The former world number one, who finished third at the Kia Classic last week, had a much quieter back nine which included a lone birdie at the 18th.

Munoz, who underwent surgery to remove a benign tumor in her left hand last year, started with birdies at the first and fifth before she shifted her game to the next level on a back nine on which she made four birdies. The Spaniard held the outright lead heading to the 18th, but a bogey at the final hole saw Miyazato draw level.

Matthew finished with six birdies and two bogeys during her round, while Oyama and Pace recorded five birdies and a bogey during their respective rounds.

Thompson hit a three-under-par 69, which included four birdies and a bogey, while Jang registered five birdies and two bogeys during her round.

Fresh off a four-stroke win at the Kia Classic, Ko carded a two-under-par 70, which began with just one birdie on the front nine. Despite enduring a turbulent back nine, which consisted of three birdies and two bogeys, the world number one is still within touching distance of the leaders.

Park, who finished second at the Kia Classic, enjoyed a successful front nine as it included three birdies. However, her fortunes took a turn for the worse on the back nine as a birdie at the 10th was followed by consecutive bogeys at the 15th and 16th.

Defending champion Brittany Lincicome is currently in a tie for 40th after carding a level-par 72, which consisted of two birdies and two bogeys.