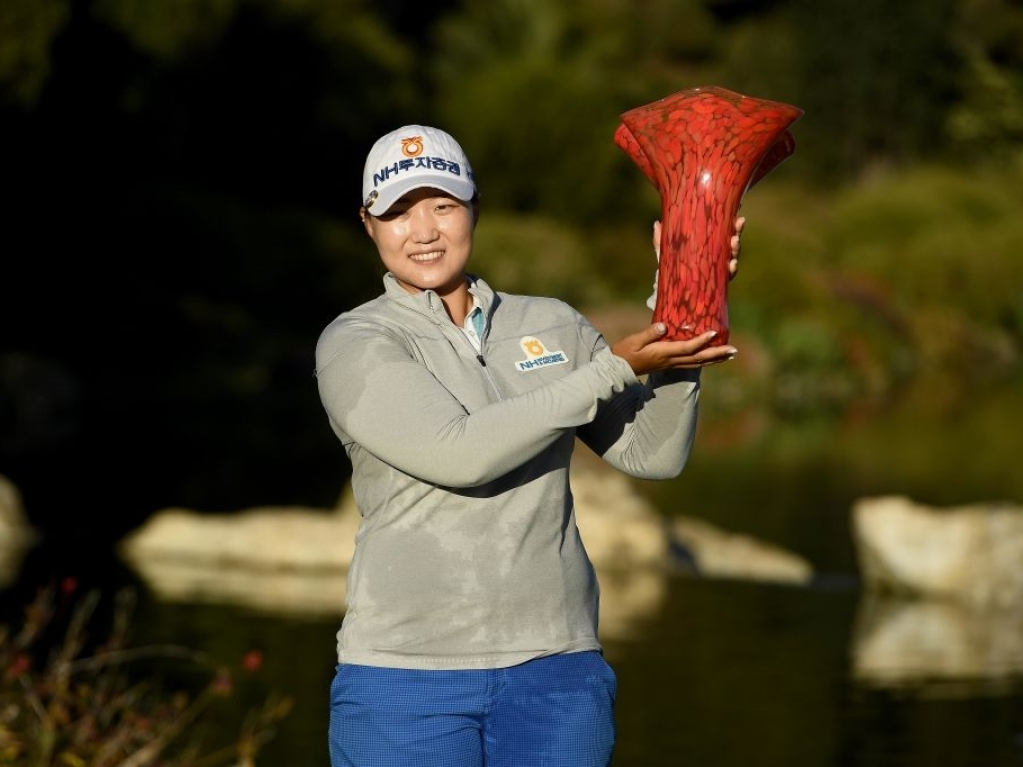 South Korea’s Mirim Lee shot a final round 65 on Sunday to claim the Kia Classic by a huge six-shot margin and tie the tournament record low score of 20 under par.

The win was Lee’s third career LPGA title to add to the Meijer LPGA Classic and Reignwood LPGA Classic she won in 2014.

Lee, 26, becomes the fourth South Korean to win on the tour this year.

The win was all the more sweeter for Lee as she was in exactly the same position two years ago before losing out to Cristie Kerr.

“I was a little nervous but I made (it),” said Lee after posting a bogey-free round of 65.

Another Korean, So Yeon Ryu, and Austin Ernst of the US tied for second at 14-under par.

On Friday, world No. 1 Lydia Ko missed the cut for only the second time in her 91 career starts as a pro on the LPGA.

Thailand’s Ariya Jutanugarn can overtake Ko at the top of the rankings with a win at next week’s ANA Inspiration. Jutanugarn has been ranked second for the last 34 weeks.