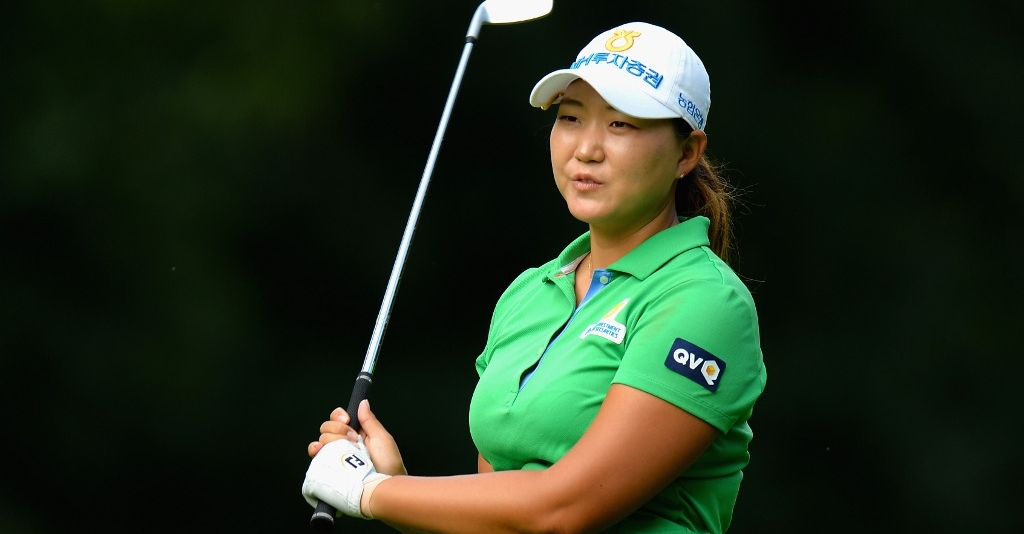 South Korea's Mirim Lee equalled the lowest ever round in the Ricoh Women’s British Open with a stunning 10-under-par 62 on Thursday.

That was good enough to see the 25-year-old from Youngin take a three-shot lead into the second round at Woburn's Marquess’ Course.

Lee made the most of the favourable conditions to shoot 10 birdies, including six on the front nine for an outward half of 30. She then picked up four more shots at holes 10, 11, 14 and 17.

“It was probably one of my best ever rounds, although I still had some errant shots,” said Lee, a two time winner on the LPGA Tour.

“I played every hole in a similar fashion, hitting fairways and greens. My best ever score was an 11 under par in LPGA Qualifying.”

Lee's 62 equals the lowest-ever round achieved by Minea Blomqvist of Finland in the third round of the 2004 Women's British Open.

Earlier in the day, Thailand's World No 2 Ariya Jutanugarn looked to have done enough to secure the first-round lead after shooting a bogey-free seven-under-par 65, but even her efforts could not compare with pace setter Lee's.

Jutanugarn is alone in second place, with China's Shanshan Feng following a shot back in third after a 66 to complete an all-Asian top-three.

It was not a day to remember for World No 1 Lydia Ko, however. The New Zealander struggled to a two-over-par 74 that left her a full 12 shots behind the leader and facing a mountain to climb.

Ko's round contained two birdies and four bogeys – including consecutive dropped shots at the 17th and 18th.

Elsewhere, Brooke Henderson's opening 71 was decent enough, though even she finds herself nine strokes adrift after the opening day's action.