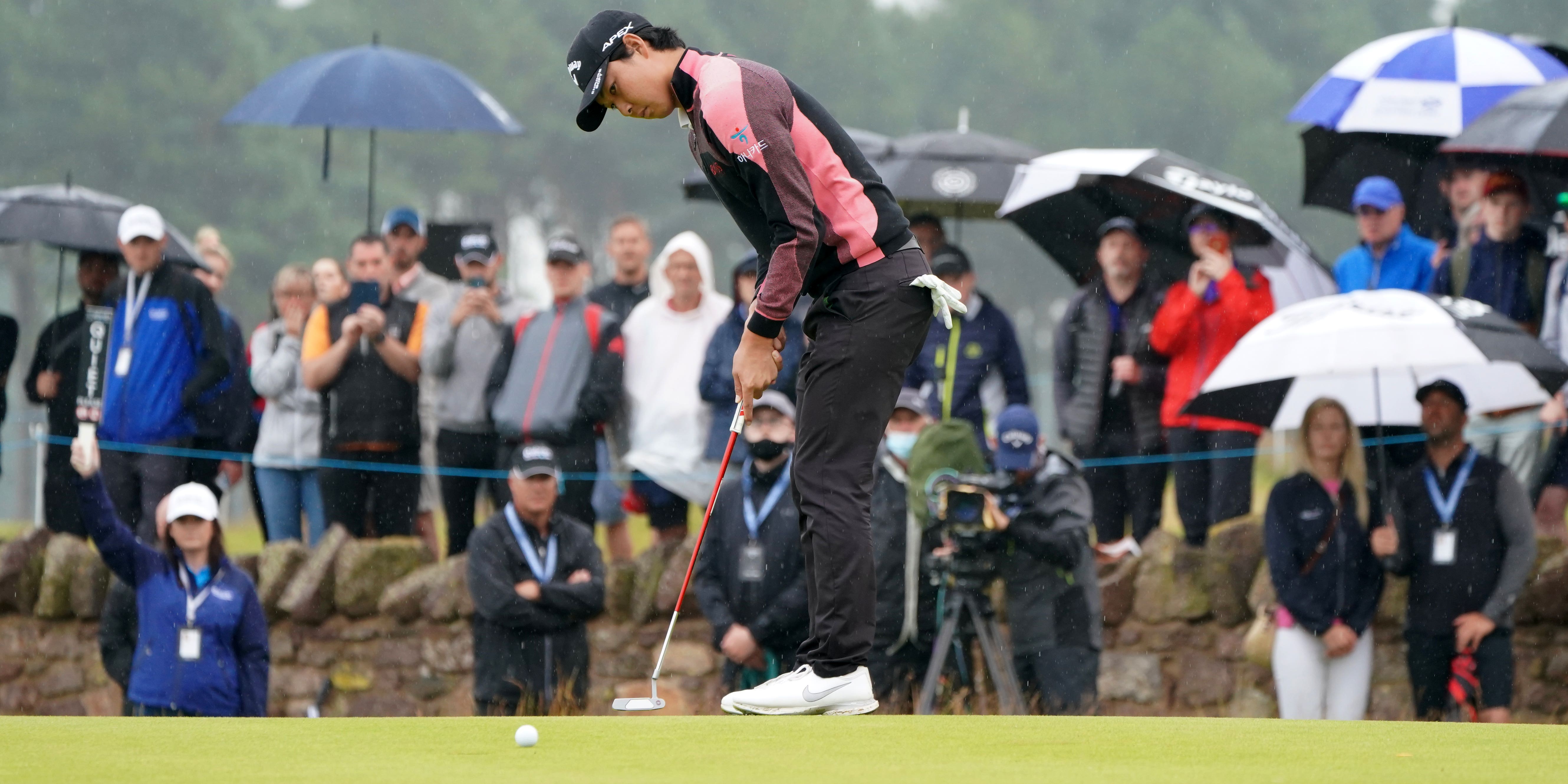 Lee birdied the first extra hole after the leading trio had finished tied on 18 under par at the Renaissance Club following a 90-minute weather delay late in the final round.

The 22-year-old, whose sister Minjee Lee was runner-up in the Ladies Scottish Open at nearby Gullane in 2018, had earlier birdied six holes in a row from the third on his way to a flawless closing 64.

That set the clubhouse target on 18 under and the final pair of Fitzpatrick and Detry were the only players capable of matching it after rounds of 67.

Ian Poulter, Ryan Palmer and last week’s Irish Open winner Lucas Herbert finished a shot behind, with US Open champion Jon Rahm another stroke back in seventh, a result which meant he loses his world number one ranking to Dustin Johnson.

On an extremely crowded leaderboard, Detry had emerged from a five-way tie for the lead with a birdie on the 13th, only to then miss from close range for par on the 14th at the moment the hooters sounded to suspend play due to the threat of lightning.

When play resumed Lee was the first to take advantage of the pivotal par-five 16th and his birdie was subsequently matched by Detry and Fitzpatrick, with Lee then leaving a birdie putt on the 18th just inches short of the hole.

He made no such mistake when the trio returned to the 18th for sudden death however, holing from nine feet for the winning birdie to claim the first prize of GBP 956,000.

Lee and Detry also secured places in the Open championship, with England’s Jack Senior claiming the final one on offer thanks to a tie for 10th.

Australia’s Wade Ormsby had earlier won 204 bottles of whisky for making a hole-in-one on the 12th, one bottle for each yard of the hole.