Mickelson: Woods is all in 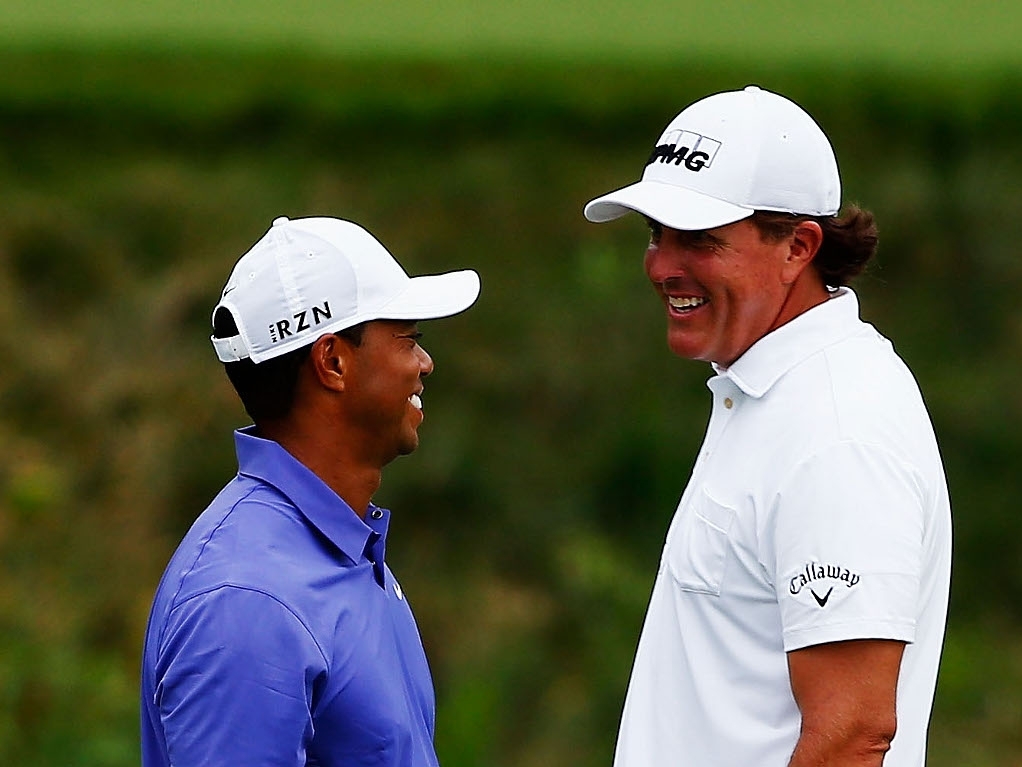 Ahead of the Ryder Cup that takes place at Hazeltine National Golf Club at the end of September, Phil Mickelson has spoken of how seriously Tiger Woods is taking his responsibilities as one of Davis Love's assistant captains.

Woods will not feature as a player at the Ryder Cup as he continues his rehabilitation from a back injury that has kept him out of the game for a long period of time now.

However, he will still have the opportunity to influence the outcome of the event as one of Team USA's chief strategists.

Love has already spoken highly of Woods' commitment to the cause and this week it was Mickelson who was publicly praising the former world number one for the extent to which he has thought through a number of scenarios that might unfold at Hazeltine.

"I am so happy to see how well he has thought this through," Mickelson said of Woods.

"I can't believe our conversations just this week, how detailed he is and the pairings, the possibilities, the players.

"Not just what matches they're going to play, but where on the list.

"He has got us really a good, solid game plan that is easy to buy into and get behind. I'm very impressed."

Three of USA's four Captain's Picks are made on Monday with the last player confirmed on the 25th of September. Mickelson justified the thinking behind leaving it so late.

"Just in case somebody gets really hot," he explained.

"We still have the option to add somebody that we didn't expect to play at that level and we want to ride the hot hand."

The 12-man European Ryder Cup team was confirmed on the 29th of August.