Mickelson wanted to cry after miss 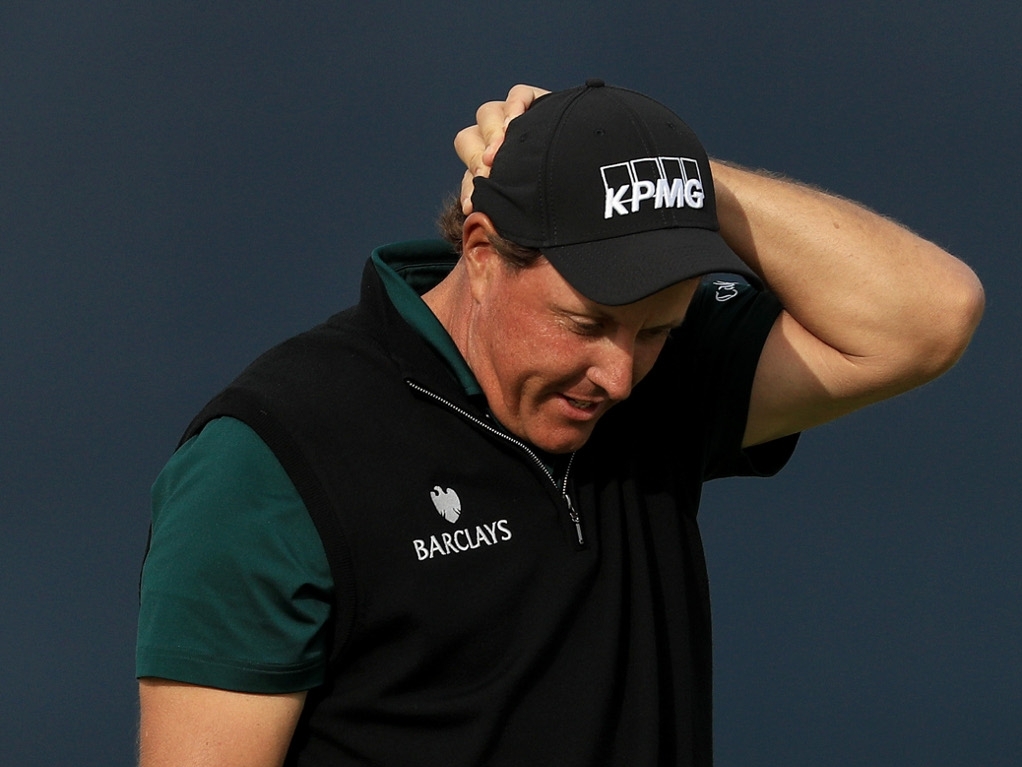 "I want to cry." That was Phil Mickelson's reaction when a lip-out at the 18th denied him a spot in golf history at The Open on Thursday.

Mickelson had the chance become the first player to card a 62 in a major if he had made a 16-foot birdie putt at the 18th. His putt looked perfect initially, but the American's jubilation soon turned to despair as the ball skimmed round of the edge of the cup, spun round and stayed out of the hole.

Mickelson was dejected after coming to within touching distance of an incredible feat, but admitted that he was pleased nonetheless with his first round performance. The 46-year-old became the 10th player to register a 63 at The Open, but his round was the lowest in an Open held at Royal Troon.

"It was a fun round," he told BBC Sport. "Yet I still walk away wanting to shed a tear with that putt lipping out.

"I had a chance to do something historical. With a foot to go I thought it was in – I am not sure how it missed. The heartbreak of that is overshadowing my round right now."

While Mickelson will be haunted by the missed putt, he can take some consolation from the fact that he holds a three-shot lead heading into the second round on Friday.

Mickelson acknowledged that there will be much expected of him in the second round, but he insisted that he has to ignore those expectations and focus on the task at hand.

"One of the biggest challenges is when you shoot a round like this, you start expectations running through your head and so forth, and that's the one thing that I'll have to try to suppress," he told reporters.

The American will tee off at 8.25am local time on Friday and may consider himself fortunate not to be playing later in the day as weather conditions are expected to take a turn for the worse.

"We'll have varying conditions tomorrow," he said. "It's going to be very difficult. Hopefully I've prepared myself well enough to tackle this golf course under those conditions and shoot a good number. A good number might be over par."