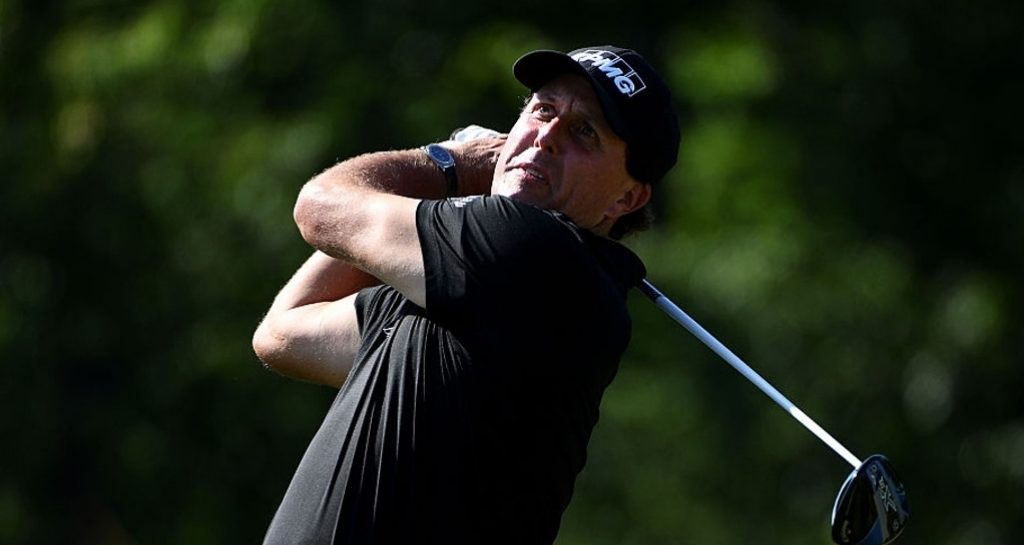 Phil Mickelson will attempt to win his sixth career Major without a driver in his bag.

After playing two practice rounds at Royal Birkdale this week, Mickelson said that he will not carry his driver at The Open, opting instead for a specially crafted 3-wood.

“We won’t be playing in this wind,” Mickelson said as he finished a practice round in a light breeze. “And when we get the normal wind, there really isn’t a driver for me until we get to 15. And then that brings the bunkers into play.”

The unusual choice is not that unusual for Mickelson, who once tackled The Masters with two drivers in his bag, and also went driver free at the 2008 US Open.

Instead, Mickelson will carry four wedges, including a 64-degree sand wedge that will come in handy for the deep pot bunkers he will encounter on a links course. Mickelson will also have two 3-irons in his bag, one of them with the loft of a two-iron that can be used instead of a driver.

Mickelson’s 3-wood is the same club he used when he won the 2013 Open Championship at Muirfield.

“It’s a much easier club for me to hit low,” Mickelson said. “So even into the wind, I hit it every bit as far as I hit a driver.”