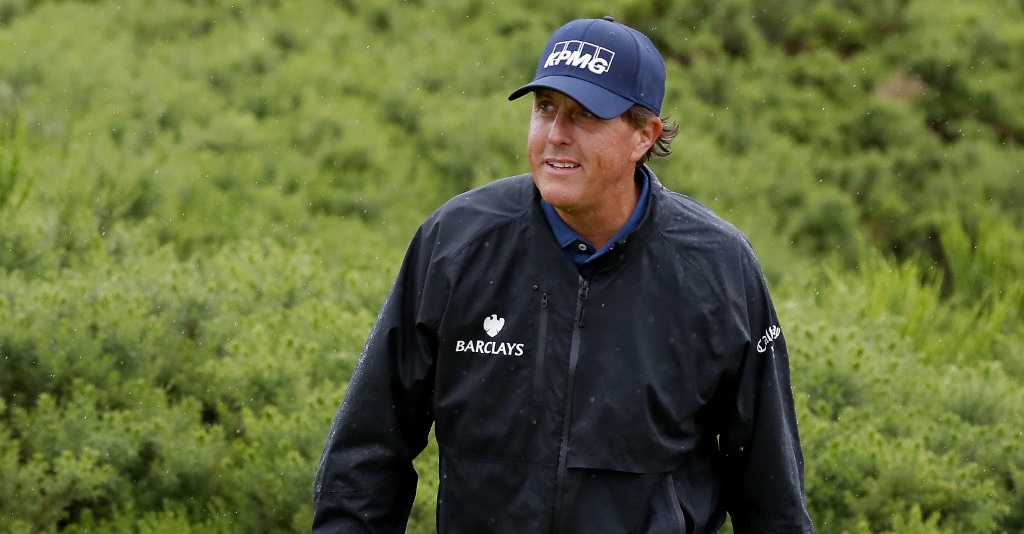 Phil Mickelson is in contention with the leaders at the CareerBuilder Challenge on his first appearance of 2017.

The 46-year-old made his comeback from injury at the La Quinta Country Club, in California, on Thursday after undergoing two hernia surgeries in October and then December.

He shot a scrambling four under par round of 68 on the opening day of the three-course event, to leave himself four shots adrift of overnight leader Dominic Bozzelli.

Tour rookie Bozzelli shot a 64 on the Stadium Course at PGA West to top the leaderboard, including an eagle from 115 yards out on the par four 14th.

The 2011 champion Jhonattan Vegas is a stroke back along with Harold Varner III, Hudson Swafford and Patton Kizzire.

Vegas and Kizzire had both been competing at PGA West – the toughest of the three courses – while Varner and Swafford were at La Quinta.

The tournament is expected to be disrupted on Friday, with heavy rain forecasted.