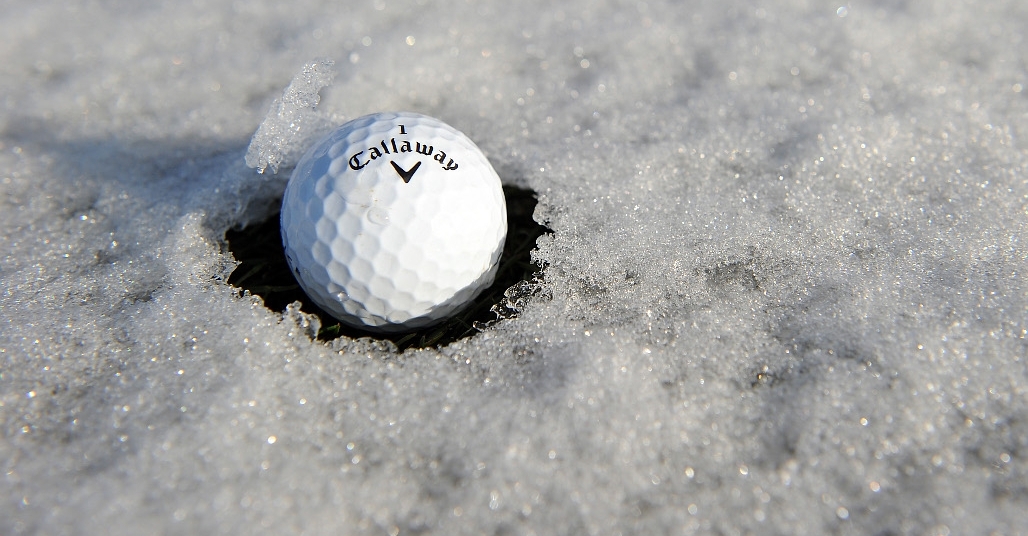 Phil Mickelson has explained the story behind his oddly marked balls that he used at both the Waste Management Phoenix Open and the AT&T Pebble Beach Pro-Am.

Golfers at all levels are required to mark the ball they are playing with so as to be able to identify that it is their's when playing. Hitting the wrong ball in strokeplay is a two stroke penalty. If two players can't decide whose ball belongs to whom, they must declare them both ‘lost’.

The importance of this aspect of the game cannot be underestimated.

For the last two weeks on the PGA Tour, Mickelson has been using a ball that has been marked with two unusually large black blobs.

This week at Pebble Beach, Mickelson was asked about the curious oblong mark on his ball.

"It's kind of a weird deal, but we had to make an oblong shape to mark something out," Mickelson said.

"We had mismarked it, and you can't have a line, because it's a directional aid. USGA won't allow (manufacturers to provide directional aid). So we had to make kind of a weird mark. So this will be the last week that I have that."

Harry Arnett, who forms part of Callaway's Marketing and Category Management, confirmed to PGATOUR.COM that the company made Mickelson a new Chrome Soft 16 prototype ball, but during the production process, the stamp on the side was done incorrectly.

A second stamp was added on the other side and Mickelson crossed out the incorrect stamp with a pen, adding a large black mark that was easy to spot.

Since the new batch of balls with the correct stamping were not available this week, Mickelson decided to go ahead and use the prototype balls last week at TPC Scottsdale and this week at Pebble Beach, marking them to conform to USGA standards.

He described it as a "mustache or a peanut, whatever you want to call it."

When Mickelson makes his next start, he'll be using Callaway’s properly marked ball.