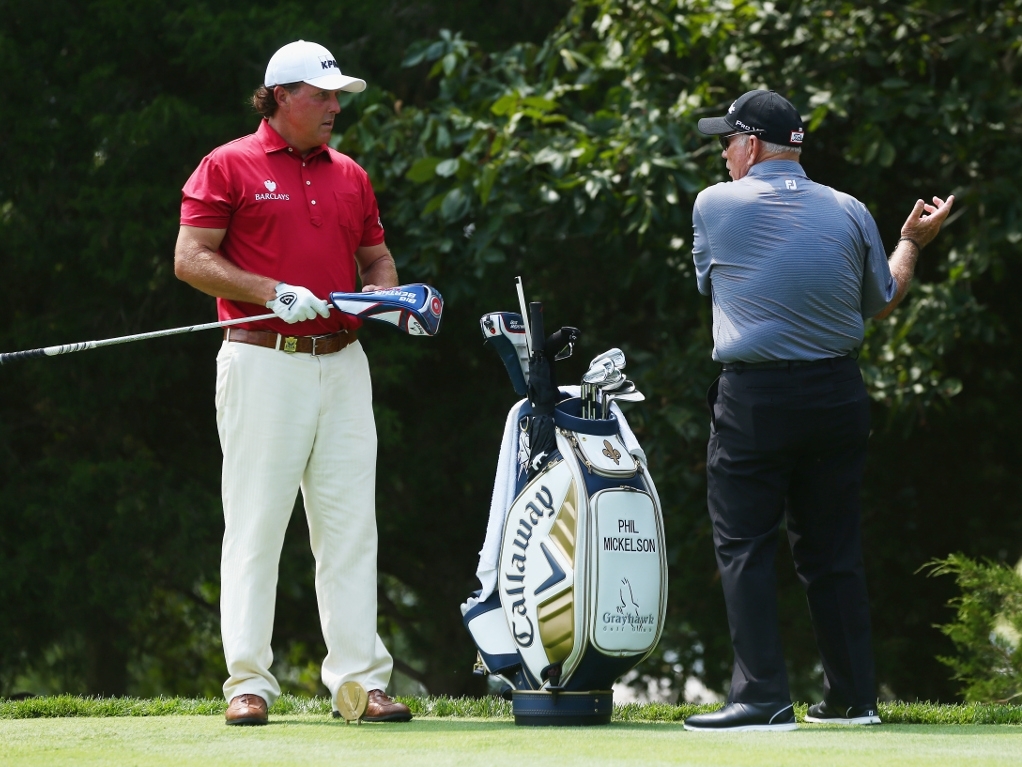 Mickelson has been under the tutelage of Harmon since 2007 and the pair have enjoyed much success. Since enlisting the help of Harmon, Mickelson has won 12 PGA Tour events as well as the 2010 Masters and 2013 Open Championship.

However, since winning the Claret Jug, Mickelson has struggled for form and has slipped to 25th in the world after registering just five top-10 finishes since triumphing at Muirfield.

“I’ve learned a great deal from him in our eight years together,” Mickelson said in a statement to Golf.com. “It’s just that at the moment I need to hear new ideas from a different perspective.”

In a statement issued through Mickelson's management, Harmon said that the pair remained on good terms and that he respected Mickelson's decision.

The statement read: “I’ve thoroughly enjoyed working with Phil and we’ve had great success together. Helping him win the Open Championship in 2013 was one of the pinnacles of my career. I see nothing wrong with him seeking advice from another source. We’re great friends and always will be.”

Harmon coaches a number of leading players on the PGA Tour, including Rickie Fowler and Dustin Johnson.