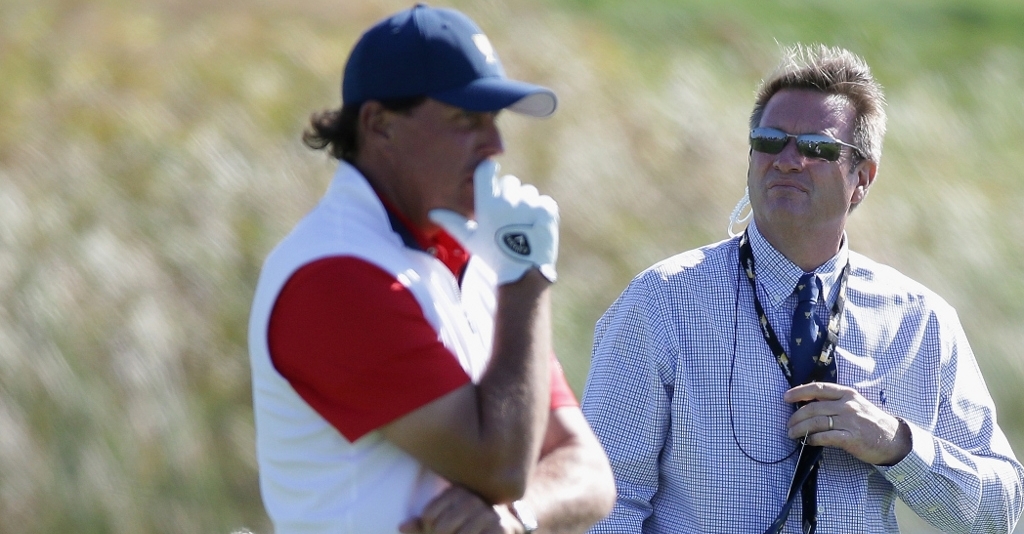 Phil Mickelson chose to see the positive side of the Presidents Cup rules violation he committed on Friday.

Once again partnering with Open champion Zach Johson as they took on Aussies Jason Day and Adam Scott in the day's fourballs session, the American duo found themselves all-square through six holes when Mickelson made what he later referred to as a "rookie move".

Mickelson decided to change the model of his Callaway ball on the seventh tee. Though he confessed later on he had no knowledge of the rule in question, you cannot change the model of your golf ball in the middle of a golf match, and the Americans were disqualified from the  hole and found themselves 1-down.

Despite this setback, Mickelson and Johnson still managed to escape with a half at the end of the match, and the veteran couldn't resist taking a shot at the Internationals afterwards.

"We spotted the Internationals’ best team two holes and they still couldn’t beat us – Just sayin'" Mickelson quipped after the day's play.

He did, however, take the blame for the mistake.

He couldn't resist one final jab, however, at the end of the press conference.

"Zach and I spotted the Internationals, the best team they have, two holes," he said, "and we got a push."