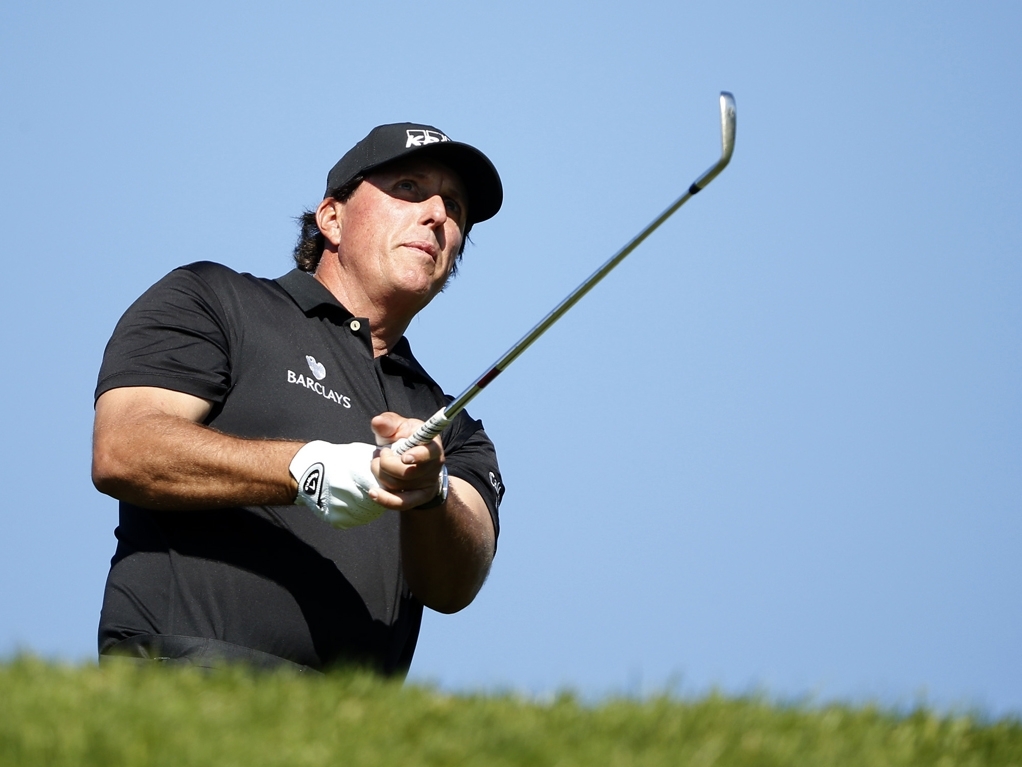 Phil Mickelson had a five-foot birdie putt to force a playoff in Sunday's Pebble Beach Pro-Am, but pushed it wide.

The American was two strokes behind eventual winner Vaughn Taylor with two holes to play. After a superb approach on the 17th, he rolled in a 13-foot birdie putt.

Left with five feet on the final par five to force a playoff, Mickelson's over-read resulted in the ball never breaking left as it sailed past the edge of the cup. He doubled over in disbelief and would have to settle for second place.

"Never crossed my mind that I wouldn't make that one," the 45-year-old told pgatour.com.

Mickelson is a four-time winner of the event and looked on course to for a fifth after sizzling rounds of 68, 65 and 66 gave him a two-stroke lead going into the final round.

However, chasing his first win in nearly three years, the veteran tightened up in the final round to card an even par 72.

"I played a little bit tighter throughout the round than I wanted to," added the five-time major winner.

"I was trying to kind of free it up, but I didn't salvage par on some holes that I needed to salvage pars."

However, Mickelson is on a good run of late, with this runner-up finish coming off the back of a tied for 11th at the Waste Management Phoenix Open and tied for third at the CareerBuilder Challenge.

"The positive is that I'm having more fun playing golf right now that I've had in years," he continued.

"I've got control of the golf ball. I'm hitting a variety of shots and pulling them off with ease, and I'm just having a lot of fun.

"As nervous as I was and as disappointed as I am that I didn't win, this was so much fun for me to get back in the thick of it and feel the pressure…but it just tells me I've got a little bit more work to do."