Mickelson in front at Pebble Beach 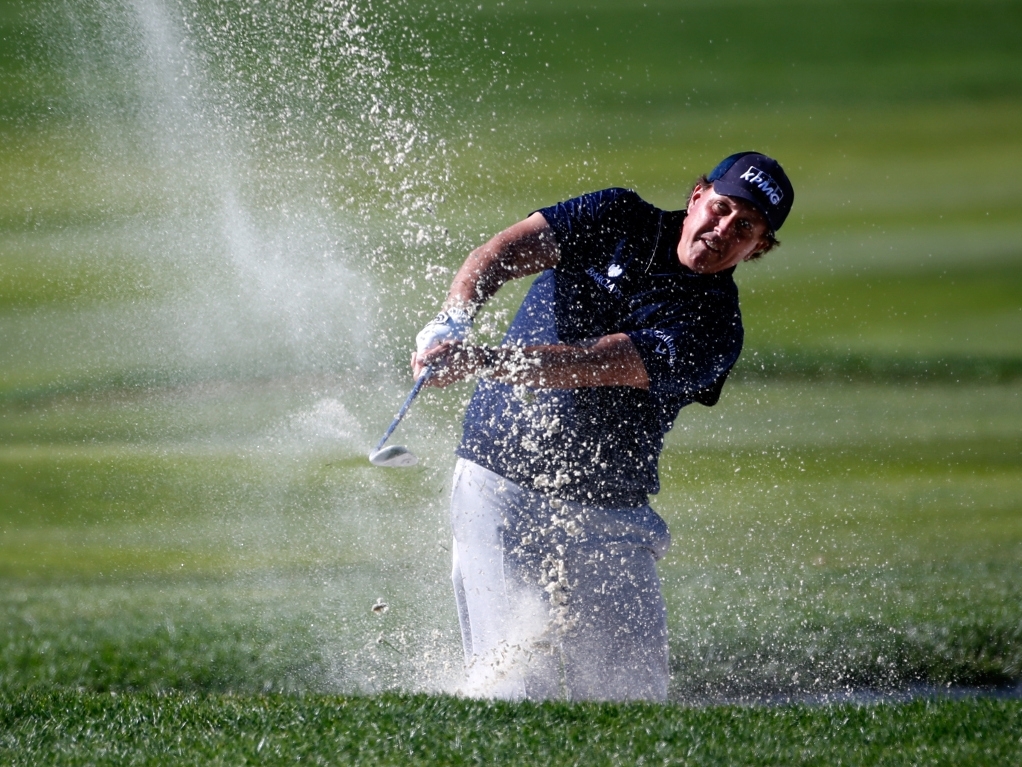 Phil Mickelson is within sight of a first victory since 2013 as he takes a two-shot lead into the final round of the Pebble Beach Pro-Am.

A round of 66 at Pebble Beach saw Mickelson grab the 54-hole lead for the first time since the 2013 U.S. Open as he bids to end the longest victory drought of his career which stretches back to the Open at Muirfield Village in 2013.

Overnight co-leader Hiroshi Iwata of Japan fired a 69 at Spyglass Hill to move to 16-under, two off the pace. Freddie Jacobson carded a 68 at Monterey Peninsula to sit a further shot back in a tie for third with Sung Kang who had a share of the 36-hole lead.

Jason Day moved within striking distance on the back of a 68 which sees him six shots off the pace, while world number one Jordan Spieth continued to struggle with a two-over par 74 at Pebble Beach which left the Texan relieved to have made the Saturday cut.

Having begun on the back nine at Pebble Beach, Mickelson chipped in for a birdie at the 18th to take the turn in three-under for the day, and three birdies on the trot from the fifth to the seventh saw him finish strongly.

Iwata recovered from a bogey at his first hole to notch up six birdies and a further two bogeys to remain well in the hunt for a first win on the PGA Tour.

Jacobson's 68 at Monterey Peninsula was particularly impressive considering it played the hardest of the three course for the first time this week.

After a magnificent round of 60 on Friday, Kang found it hard to get going on Saturday, with three birdies and a bogey n a round of 70 at Pebble Beach.

Day called his 69 at Pebble Beach an "ugly" round, but the PGA Championship winner at least remains in contention. The same cannot be said for Spieth. The world number one had to get up-and-down for par on the par-five 18th for a 74 to make the cut, and he did just enough.