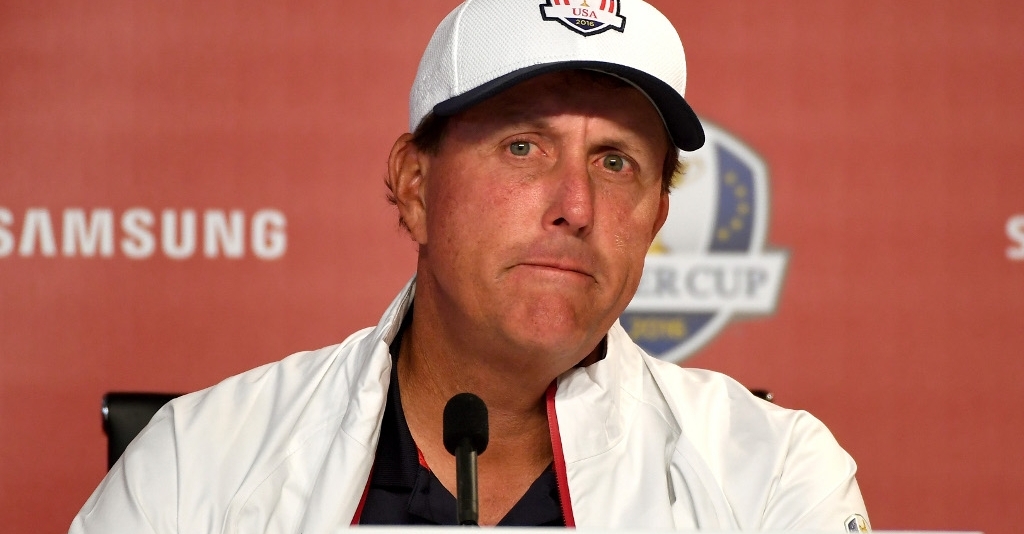 Responding to Paul McGinley's recent comments, Phil Mickelson insisted he was not feeling any added pressure at this week's Ryder Cup.

Mickelson's public criticism of US captain Tom Watson following their defeat at Gleneagles two years ago was instrumental in the formation of a US Ryder Cup 'task force' to address problems within the American setup, and he has been heavily involved in preparations for this week's contest at Hazeltine.

Former European captain McGinley suggested Mickelson's greater involvement behind the scenes could put him under added pressure to perform.

"I can understand why he would say that," said Mickelson, a veteran of 10 Ryder Cups. "I don't necessarily agree with that because what I feel is that this is, in my 20 years, the first time that we are actually involved in the decision-making process.

"And the decisions we are accountable for every single year, we now have involvement in those decisions and that gives us a whole platform to work forward.

"This is the foundation week for us. This is the week where all the past captains, past vice captains, PGA of America officials, caddies, have had involvement in the decision-making process. And from this, we'll work forward and keep continuity into 2018 and from that, we'll build on in 2020."

Mickelson admitted some of the changes made behind the scenes were aimed at emulating the European's successful formula in recent years.

"It's very much like the model that the Europeans have done with tremendous success in bringing out their best golf," he added. "I give them a lot of credit in their ability to lift each other up to great heights; to play some of their best golf together in these events, and when you get together as a team and work together, you can achieve much greater success than you ever can as an individual.

"And we've seen that for decades from the European side. It's exciting to be part of the groundwork and the foundation of the US side trying to do that now going forward.

"This is a year where we feel as though Captain Love has been putting us in a position to succeed. He's taken input from all parties. He's making decisions that have allowed us to prepare our best and play our best, and I believe that we will play our best.

"Now we are playing a very strong European Team and I don't know what that means results-wise, but our best golf will come out this week and that's our goal."