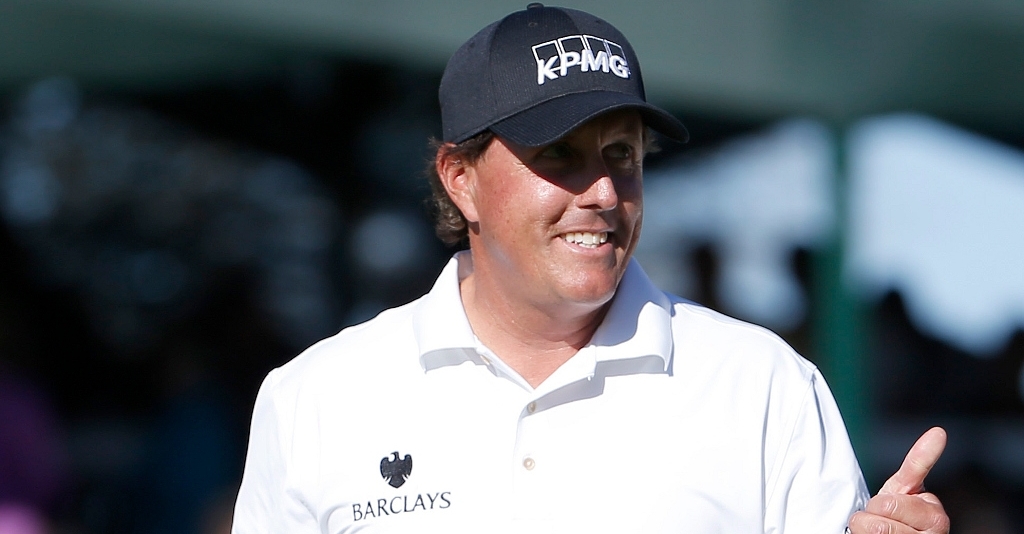 Phil Mickelson settled for a share of 11th place in his 27th appearance at the Waste Management Phoenix Open.

Despite hitting the ball well, it must have been a frustrating week for the 45-year-old.

He started the tournament with a two-under-par 69 that consisted of a bogey and a triple bogey.

His second round saw him shoot a level par 71, three birdies were canceled out by three bogeys.

Then, on Saturday, the largest crowd in golf history saw the 42-time PGA Tour winner card a six-under-par 65 to move right into contention.

However, an anticlimactic finish to the tournament saw Lefty stutter to his second score of 71 for the week.

"I didn't shoot the number this week probably that I felt I could or should, but I feel like my game is right where I want it," the  Arizona State University graduate said at the conclusion of his unsuccessful bid to win the Phoenix Open.

"I will continue working on it. I'm excited to go next week to Pebble and play up there where I have had success. I feel like the game is starting to feel easy again."

Mickelson is a four-time winner and all-time money leader at the AT&T Pebble Beach National Pro-Am.