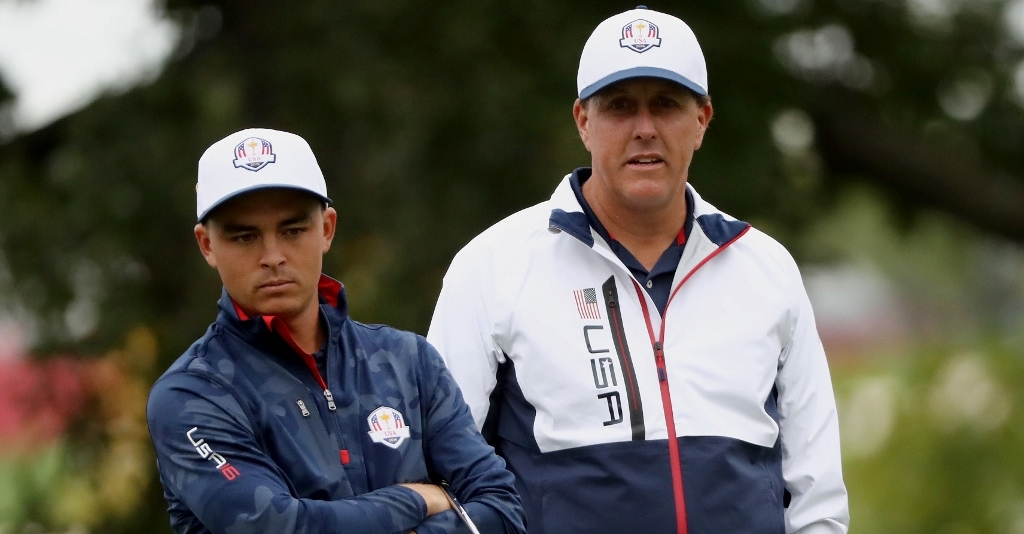 Phil Mickelson has apologised to former US Ryder Cup captain Hal Sutton after claiming he "prepared the team to fail" in 2004.

Mickelson was fielding questions about the US team's improved preparations for this year's competition, but in doing so took an unfortunate swipe at former captain Sutton, who led the Americans 12 years ago.

Mickelson said Sutton's decision to give him only two days' notice that he would be paired with Tiger Woods on the opening day in Detroit ended up doing more harm than good.

"That's an example of starting with the captain, that put us in a position to fail and we failed monumentally. You will play how you prepare," he said.

Perhaps forgetting that Sutton was still very much alive and kicking, Mickelson's comments ended up having pretty swift consequences.

It did not take long for the 58-year-old to hit back, accusing Mickelson of creating plenty of disruption on his own that year.

"Phil created a lot of drama that week, if we remember, because he switched his clubs and his ball prior to that week," Sutton told GolfChannel.com. "It was very self-serving for him to do that prior to the Ryder Cup in 2004. So, if he needs me to shoulder the blame for his poor play, I can do that."

Perhaps realising he'd put his foot in it, Mickelson was quick to apologise to Sutton.

"I've communicated with him," Mickelson said. "It came across like it was a personal attack and I didn't mean it that way.

"I feel awful. It was never meant to be like that. I was trying to use an example of how a captain can have a strong effect. Unfortunately, it came across the way it did.