Mickelson and Woods gear up for Las Vegas PPV showdown 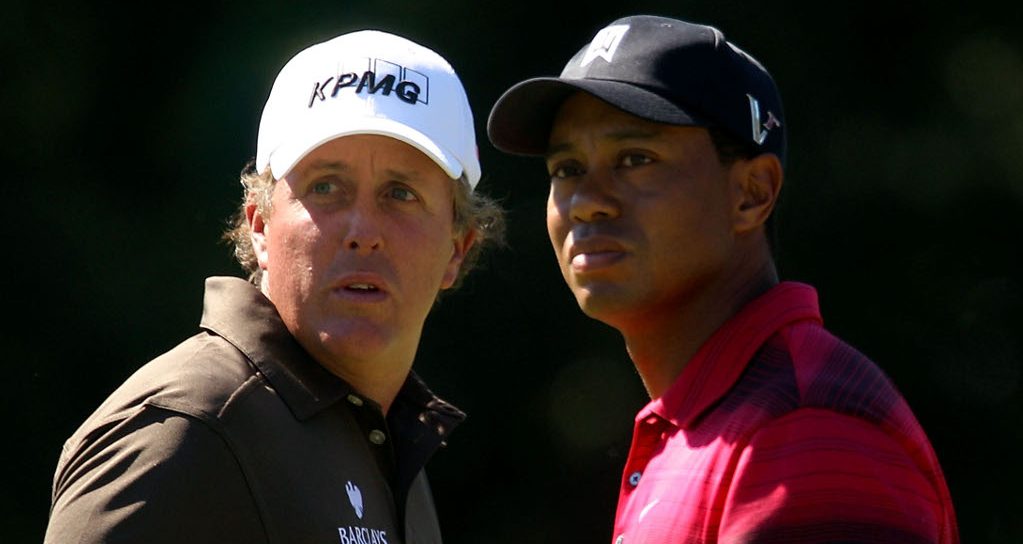 It’s fair to say not everyone is bowled over by the pay-per-view clash between Tiger Woods and Phil Mickelson in Las Vegas this weekend.

Dubbed “The Match”, the one-day event sees old rivals Mickelson and Woods meet at Shadow Creek Golf Course in Las Vegas on Friday for a one-on-one, 18-hole exhibition match that will cost fans $20 to watch.

Up for grabs is a winner-takes-all $9 million purse, which may be why both Mickelson and Woods are feeling a lot less ambivalent about the event than everyone else.

Speaking to ESPN, Mickelson backed himself to beat his old rival, but said he would be happy for the money to go to Woods too, considering all he’s done for the game of golf.

“But if I don’t win, if Tiger wins, I feel like I’ve owed it to him over the course of our careers, what he’s done for me, my family, the game of golf.

“Nobody’s benefited more from the game personally than myself, and if he were able to somehow beat me—which I don’t think will happen—but win that nine million, I feel as though he’s deserving of it and it’s my way of saying thank you. I don’t see that playing out that way, but we’ll see on Friday.”

Just how much interest there is in a pay-per-view contest like this isn’t exactly clear, however. Both Woods and Mickelson are in their 40s now, and no longer represent the pinnacle of their sport.

Still, they each secured victories in 2018 – Mickelson at the WGC-Mexico Championship in March, and Woods, famously, at the Tour Championship in September to complete one of the most incredible comebacks in sports.

It’s that recent victory that has the bookies favouring Tiger for the contest, but the form of both men is somewhat unpredictable these days, and Mickelson could just as easily come out on top.

Neither player has lost their competitive edge in their older age, and with $9m up for grabs for one day’s work, they certainly won’t be lacking any motivation.

Whether fans will be motivated enough to spend their hard-earned money for the pleasure of watching “The Match”, however, remains to be seen.