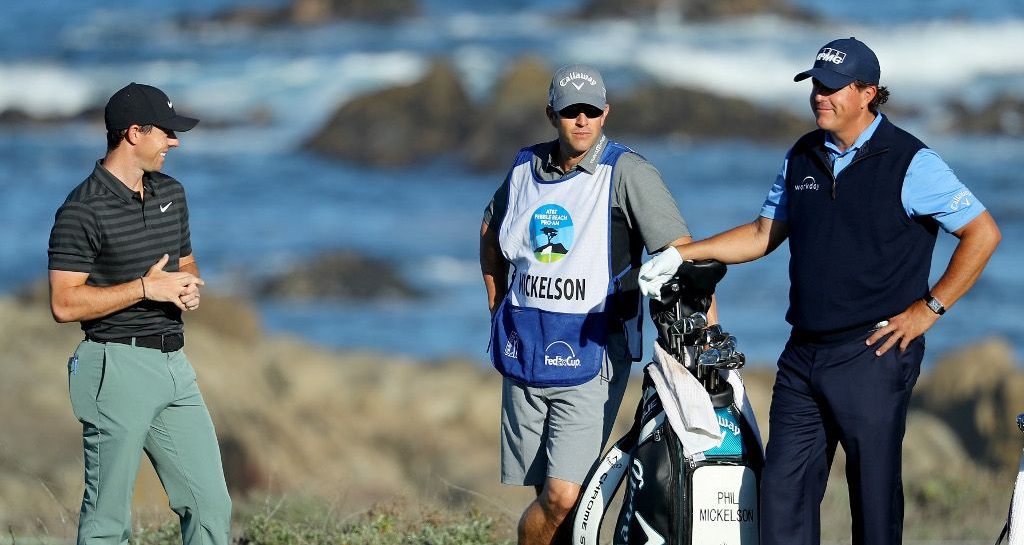 Phil Mickelson and Rory McIlroy have issued a couple of subtle and not-so-subtle warnings about the possible course set-up at next week’s US Open venue, Shinnecock Hills.

US Open set-ups have been the subject of some controversy in recent years, most notably the greens at Chambers Bay in 2015 and the brutal rough at Erin Hills last year, and both Mickelson and McIlroy are hoping the USGA gets things right this time around.

After his final round at the Memorial, Mickelson was asked about Shinnecock Hills’ seventh hole, which was deemed ‘unplayable’ when he finished runner-up there the last time it hosted the US Open in 2004.

And McIlroy had his own subtle dig at the USGA, saying: “I think the USGA thinks we’re better than we actually are, if that makes sense. I think they overthink it. I think that, and I don’t want to single out [USGA executive director] Mike Davis, above, here. I think it’s a collective thought process.

“I don’t think it should be as much of an exact science to set up golf courses as it is. I mean, get the fairways sort of firm, grow the rough, put the pins in some tough locations, but fair, and let us go play.”

While McIlroy will only be traveling to Shinnecock Hills this week to check things out, Mickelson has already been there and was impressed with what he saw.

“When I was there last week, I think it’s the greatest set-up I’ve seen in a US Open,” he said. “The rough is brutal… but the fairways are so wide that a well-struck shot ends up in the fairway.

“I think that it will reward the best player as opposed to having luck be a big element on some of the bounces in the fairway, bounces around the green, how it comes out of the rough, so forth. Skill is going to be the primary factor.”