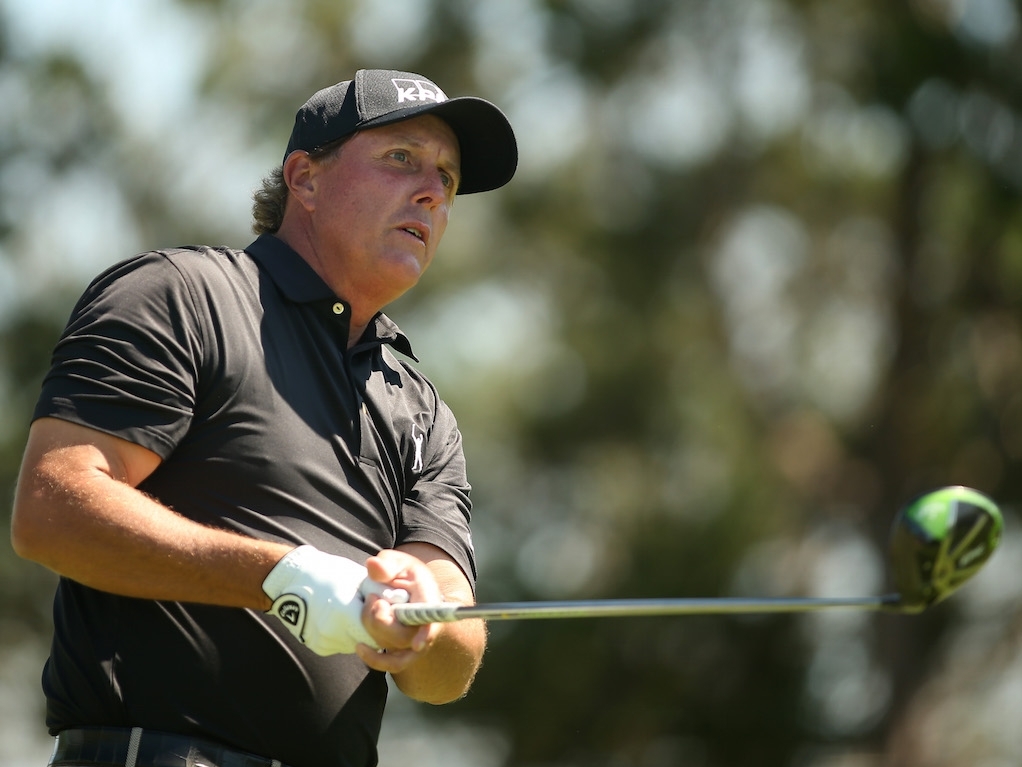 Phil Mickelson dominated his group opponents over the first three days of the World Golf Championships Dell Technologies Match Play and so is one of 16 players to progress to the knock-out stages.

Three wins from free matches were more than enough to earn Mickelson a spot in the knock-out stages of this unique tournament. He faces Australia’s Marc Leishman next.

Mickelson has held the lead for 41 of the 42 holes he’s played but hasn’t had to play past the 15th hole.

When speaking about his chances on the weekend, he explained that his emphatic path to the knock-out stages had it’s pros and cons.

“There's a good and a bad,” Mickelson said.

“I'm nervous that I haven't been in a match that has gone the last hole or two and feel that clutch pressure.

“But also the good is that I have been able to conserve energy heading into this weekend.

“That is going to be a real key with four potential matches.

“If you keep playing well four potential matches, energy could be an issue.”

Sergio Garcia, Rory McIlroy, Jordan Spieth and Matt Kuchar were some of the notables to not make it out of the group stages.

All the advancing players can be seen below: