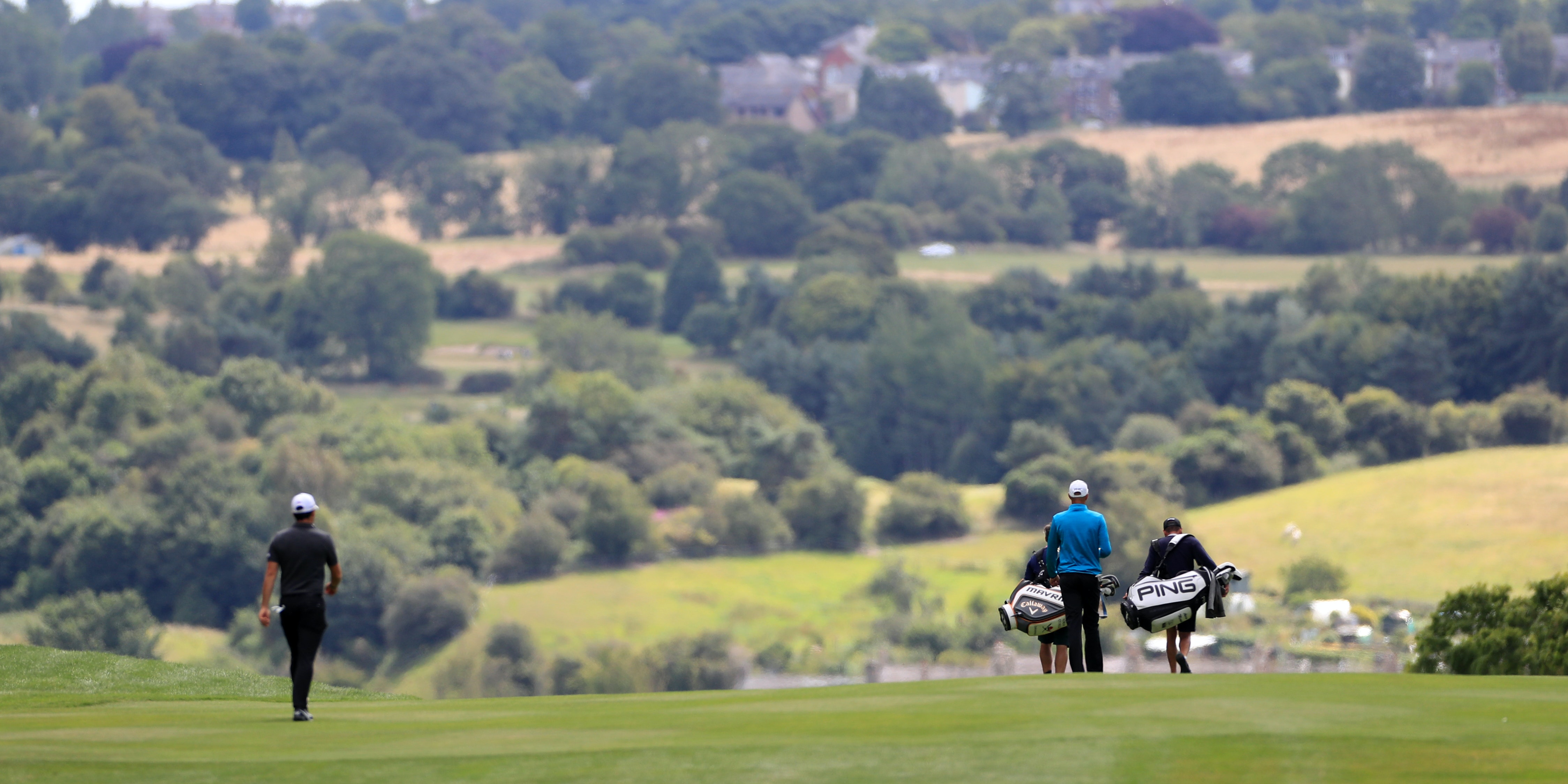 Former US Open champion Michael Campbell admitted he was “completely flabbergasted” after finding himself high on the leaderboard in the first round of the Betfred British Masters.

Campbell has not made a cut on the European Tour since 2013 as he struggled with a foot injury and loss of form, but the 51-year-old New Zealander rolled back the years with six birdies and three bogeys at Close House.

“My expectations were pretty much none. I wanted to get out here and enjoy myself with my son Thomas who is on my bag this week. When I had my success from 1999 to 2005 he was only seven, so he can’t remember.

“I actually played really good and it could have been a lot better, but I’m happy with three under. Lucky enough the course is fast and firm, so you don’t have to hit it long here, which is an advantage for me. I’ve seen the kids playing out here, they hit it so far.

“This week it’s not a huge advantage, it’s about accuracy and putting your drives in the right positions, good iron play, distance control with your irons. I think I only missed three or four greens and hit it pretty close the whole time.

“It’s weird with no crowds, no clapping, but I think it worked to my advantage. You get used to it quickly but going out and playing today I was more relaxed. Maybe if there’s more people watching you might be more nervous.

“It’s my intention to play senior golf. I feel like I’m competing more there. I’ve had a good career the last 20 years, winning 15 times around the world, that’s good enough for me. If I have another one this week it’s a bonus.

“My main focus is on the Champions Tour but it’s hard to get in there. I asked for 15 invites last year and got one. It doesn’t mean much, being a major winner. Paul Lawrie has had exactly the same problem.”