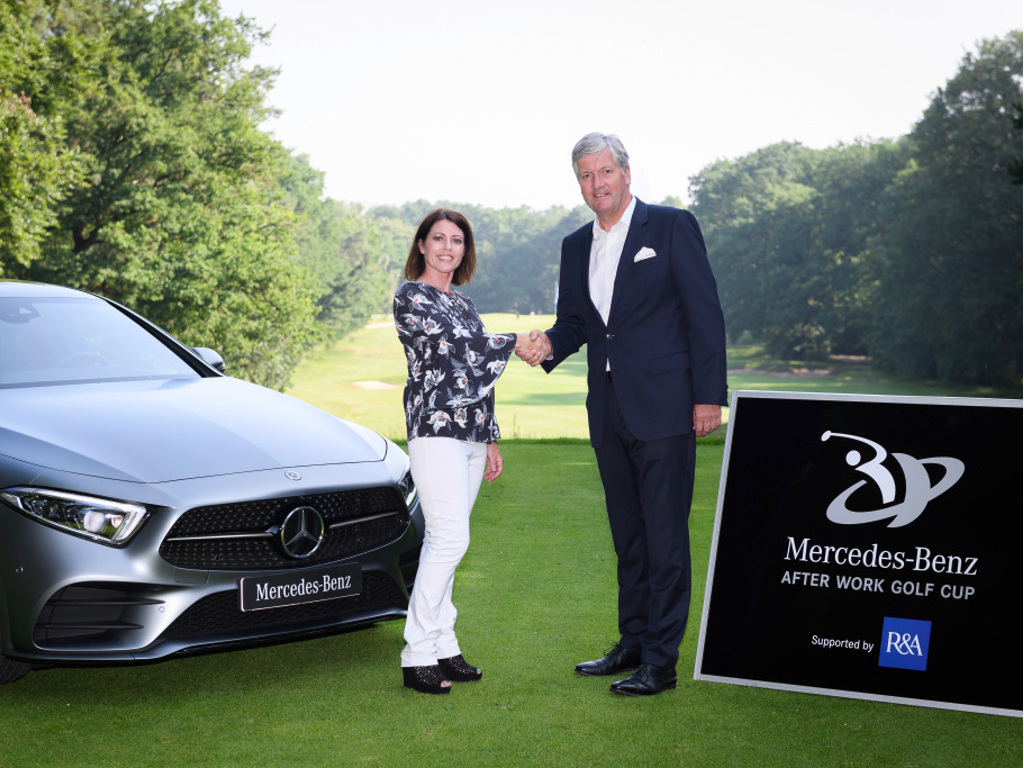 The R&A has supported the branching out of a new competition for golfers that answer many of the problems the sport faces.

If two of golf’s biggest problems are insufficient time to play the game and difficulties getting women involved in the sport, Mercedes-Benz and the R&A believe they have the solution.

On Tuesday, at Frankfurter Golf Club, it was announced that the Mercedes-Benz After-Work Golf Cup (MBAWGC), already a successful venture in Germany, is to be branched out internationally with the support of the R&A, one of the sport’s two governing bodies.

In just a few years the MBAWGC has grown from a handful of events to 3,200 tournaments on over 300 courses with 75,000 participants. The secret? Nine holes, played after work, both men and women. It’s short form golf. It’s fun golf. And it is a format that is growing.

Ambassador for #mbGolf @KaroLampert swung her way to victory in 9-holes during the After Work Golf Cup. Congrats! pic.twitter.com/iO8IybeRv0

The R&A’s support is a direct consequence of their desire to expand the game and the recognition that the statistics which show that nine holes is proving very popular.

Nicola Brackston, representing Mercedes-Benz, explained: “It’s one step at a time, but our aim is to global. The first phase is Sweden, Argentina and South Africa. Golfers love the format and we will introduce global rankings which will only further fuel golfers already natural competitive instincts. This is just the start of something very exciting.”

In a statement Martin Slumbers, Chief Executive of the R&A said: “The Mercedes-Benz After Work Golf Cup is a pioneering new competition which enables golfers around the world to play the sport in an exciting and convenient way.

“Nine hole golf is continuing to grow in popularity among golfers worldwide so we are very pleased to support Mercedes-Benz in offering golfers more opportunities to enjoy this shorter format of the game, both socially and competitively.”

Jens Thiemer, of Mercedes-Benz, added: “Mercedes-Benz is proud to be title sponsor of the international Mercedes-Benz After Work Golf Cup series. That nine hole tournaments are not just a short-term trend but a real alternative to classic 18-hole tournaments especially for our target group has been proven over the last five years in the pioneer market Germany.

” We are excited to roll-out this modern, digital golf platform internationally, as we are convinced it meets current needs and will shape the game in the future.”