Meechai moves into the ascendancy 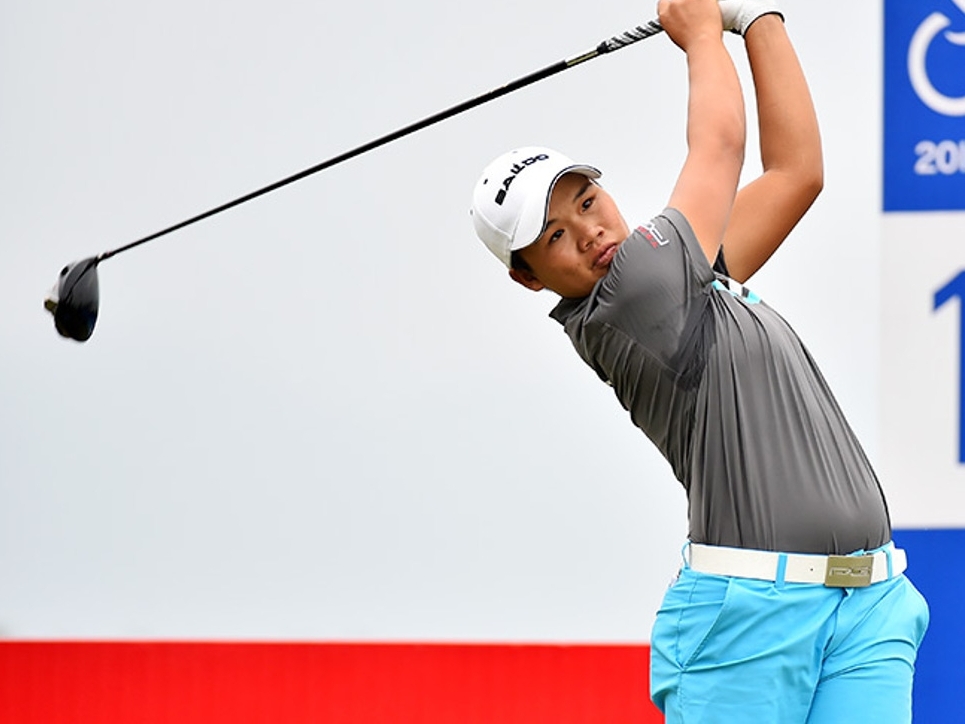 The 20-year-old from Bangkok advanced to the Final Stage after finishing second in Pre-Qualifier C at Mission Hills Haikou in China on Sunday. She carried that form across Hainan Island to the Sanya Ladies Open at Yalong Bay Golf Club, where she took the second round lead on Saturday.

A six-under-par 66 saw her lead by two over Malaysian Ainil Bakar and world number six Shanshan Feng of China. Meechai started with a bogey on the first hole but raced ahead with three birdies on the front nine and four in a row from the 13th on the back nine.

"I really like the course, it's very nice," said Meechai, who is playing in the tournament for the third time.  "I've been playing on the China LPGA which is a great opportunity to take the next step. I hope I win this tournament so I don't have to go to the Final Stage of qualifying for the Ladies European Tour."

Feng, who leads the 2015 Ladies European Tour Order of Merit, also had a 66, including seven birdies on the tropical course. She said: "Yesterday I only shot two under and I did miss a lot of birdie chances but today I made a lot of birdies, so I'm really happy about it. Coming into this week I didn't set any goals but I have a little idea where I'm at, despite my habit of not looking at the leader board. Tomorrow is just another day so I'll stick to my plan."

Bakar is still searching for her first win but she said: "I saved a lot of putts today and made a lot of five footers to save par. I hit 12 greens and got up and down. My putting has been the key for today and yesterday. I hit 14 fairways yesterday and 12 today. Putting has been my weakness so far this year and I worked a lot on it last week and it turned out well so far."

Amelia Lewis of the United States and China's rising star Jing Yan are stroke a stroke further back in tied fourth. The defending champion Lin Xiyu of China and Norwegian Marianne Skarpnord are tied sixth, just four shots from the leader and both believe they have a chance.

"I think that I played pretty good today, I just had a couple of mistakes on the back nine, but my putting is getting better," said Lin, who had a second round of 68. "My irons are still good, but I need to work on my wedge game and make more putts."

Skarpnord, who also had a 68, said: "I had a few birdies on the back nine. It was a bit of a struggle this morning. I was very tired and not happy with the rain and a stiff neck. I started off with a bogey on the first and then another bogey on the fifth, three putted. Then I thought, seriously, you have to pull yourself together now. Luckily I managed to do it and rolled in a few putts and had a decent score. If I'm within two or three or four, I'll have a chance."

After showers and steamy conditions on Saturday, weather conditions are set to clear up for Sunday. Sunny skies and temperatures of 29C are forecast, along with light winds of 8-12 miles per hour from the east.