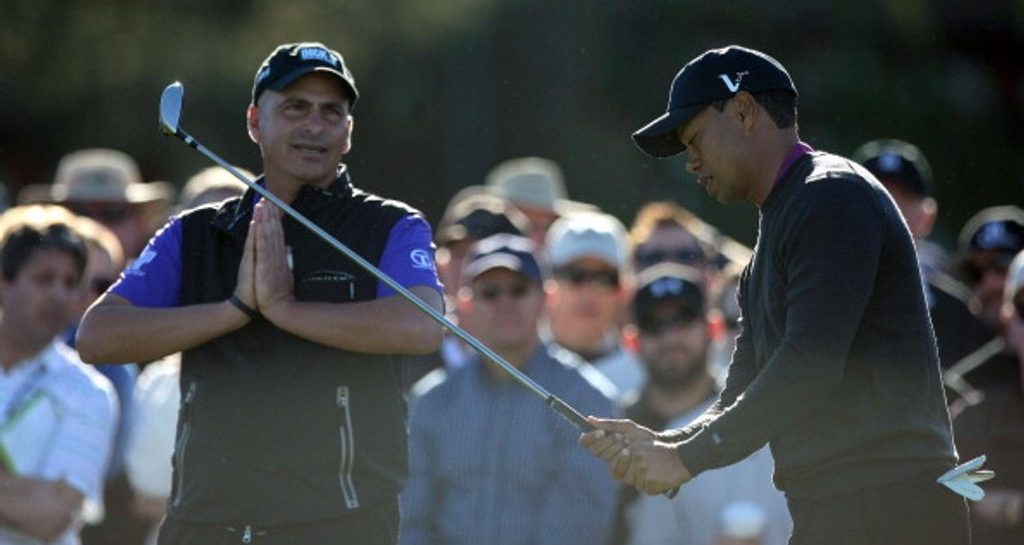 It’s just a matter of time before Tiger Woods wins again, and that includes more majors, according to Rocco Mediate.

Mediate, 55, who famously lost out to Woods at the first sudden death hole following an 18-hole playoff at the 2008 US Open, has backed his former rival to bring home some more silverware.

“I’m not surprised by anything he does,” Mediate told reporters at a golf event on Monday. “I’m surprised he hasn’t won yet.

Woods remains stuck on 14 career majors, second only to Jack Nicklaus on 18, and is winless in the big four since that 2008 triumph.

It's the 10-year anniversary of the U.S. Open showdown between Tiger Woods and Rocco Mediate at Torrey Pines.

And as we all know, Woods defeated Mediate on the first hole of sudden death following an 18-hole playoff. pic.twitter.com/P1BjhIC0lG

There was a lot of doubt that he would ever catch the Golden Bear given his personal and injury problems in recent years.

But with Tiger now back in good health and back on the course challenging for titles, Mediate said he believes the 42-year old Woods could win, not one, but multiple majors.

“Yes, several majors,” said Mediate. “Jack’s record is not safe. Trust me. We’re not talking about a normal guy here.”

“I see it in his (Woods’) eyes. What he did Sunday at the PGA (shot a 64 to close within a shot of first place), many people don’t do that. He does it. It’s normal.

“He’s very close to where he wants to be, I think.”

And Mediate, a six-time winner on the PGA Tour, said Woods’ comeback was good for the sport.

“Golf needs him, he’s proven that,” Mediate added. “He’s the only one that moves the needle. The only one.”