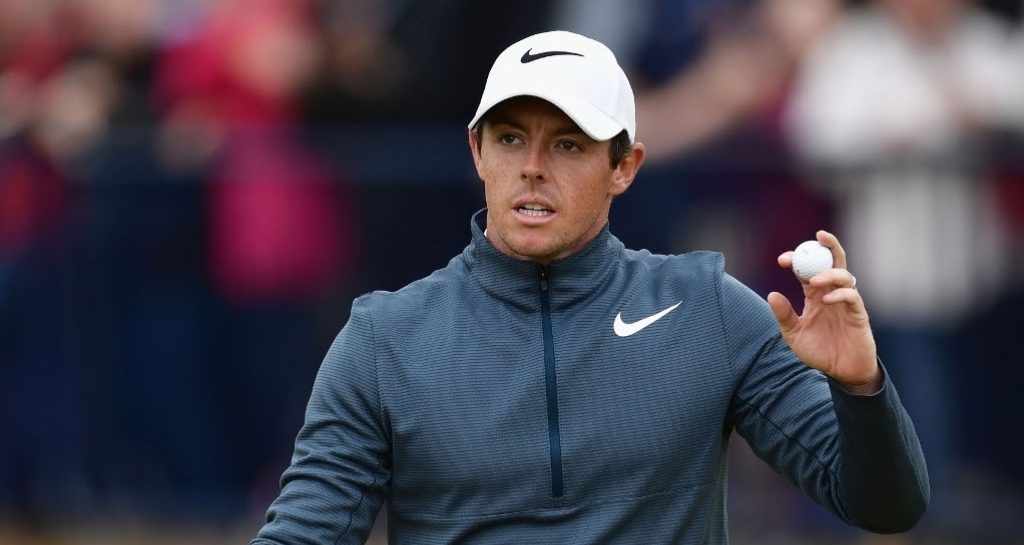 Rory McIlroy continued to bounce back superbly from his horror start to the Open Championship by posting a classy second-round 68.

With howling crosswinds making life exceedingly difficult for the players at Royal Birkdale on Friday, McIlroy impressed with a two-under par round that included four birdies and two bogeys.

That saw him finish the day on one under par, just four strokes off the lead at the time, and almost certain to remain close to the front considering the challenge awaiting the afternoon starters.

It’s an incredible comeback considering McIlroy found himself five over par after his opening six holes on Thursday.

Since that disastrous start, he’s gained six strokes and re-entered the conversation for the Claret Jug.

Downs and ups at @RoyalBirkdale_@McIlroyRory‘s first 27 holes of #TheOpen pic.twitter.com/sNSH6CrmEh

“To be in after two days and be under par for this championship after the way I started, I’m ecstatic with that,” said the four-time major winner.

McIlroy was adamant in the build-up to the tournament that his best form wasn’t far off – despite three missed cuts in his last four events.

It seems he may have finally turned the corner, though he probably wishes it would have happened about six holes earlier.

“I was very proud of myself that I hung in there and tried to stay as positive as I possibly could,” he said. “But, look, I just had to turn it around. I had to find a couple of little key thoughts, and I feel like I have. And I went with those today and it worked. I’ll try to keep those in my head going forward the next couple of days. A couple of little mental thoughts, a couple little keys that I tell myself before I step in to hit a shot or step in to hit a putt. A couple of little things. Very simple, but obviously quite effective over the past 27 holes.”

McIlroy once again paid tribute to his caddie J.P. Fitzgerald, whose stern talking-to on Thursday helped the Northern Irishman turn things around.

“He said, ‘You’re Rory McIlroy. What the (bleep) are you doing?” McIlroy said. “At that point I mumbled and said, ‘Whatever.’ But it definitely helped. It kept me positive. So he did a great job.”