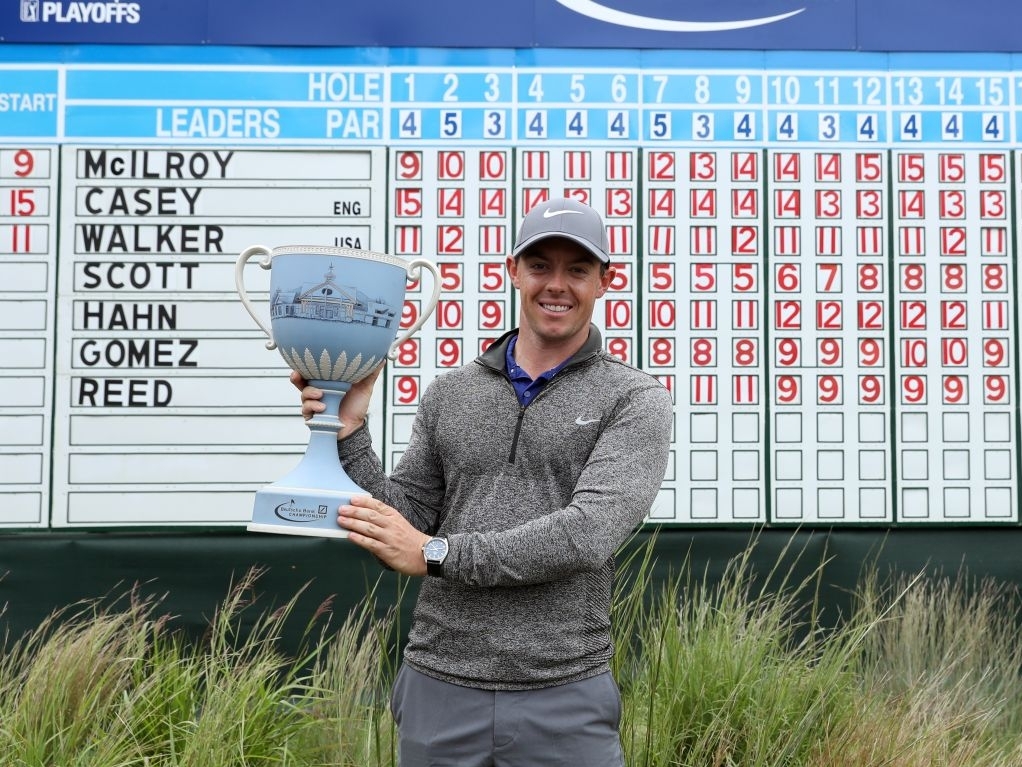 Rory McIlroy says his gym routine has played a "big part" in his golfing success, while he has hit out at critics of his fitness regime.

After his success at the Deutsche Bank Championship this week, the 27-year-old reckons that his time in the gym is well spent and that it will result in him enjoying a longer career.

His critics had suggested McIlroy spent too much time in the gym, but with his first PGA tour title for 16 months secured, McIlroy chose to speak out over his "pet peeve".

"I don't know if any criticism is unfair," said McIlroy.

"I think when people make judgements or criticisms without being educated on the subject that they're criticising, I think that's like for me getting in the gym, for example, that's my pet peeve. Someone that says to me you're in the gym too much.

"The reason I play at such a high level, and hopefully will continue to play at a high level for the next 10 to 15 years, is because of the work I do in the gym. If I wasn't in the gym, I wouldn't be sitting here today. It's a big part of who I am, it's a big part of my success. That's always I feel an unfair criticism.

"But with my game, the critics and the analysts and everyone that are out there, they're educated about golf, so they for the most part know what they're talking about.

"A criticism of my golf game, I take it, and I know what I need to work on and sometimes those people point out the obvious but, I would say that's the most unfair criticism I receive, is what I do at the gym."