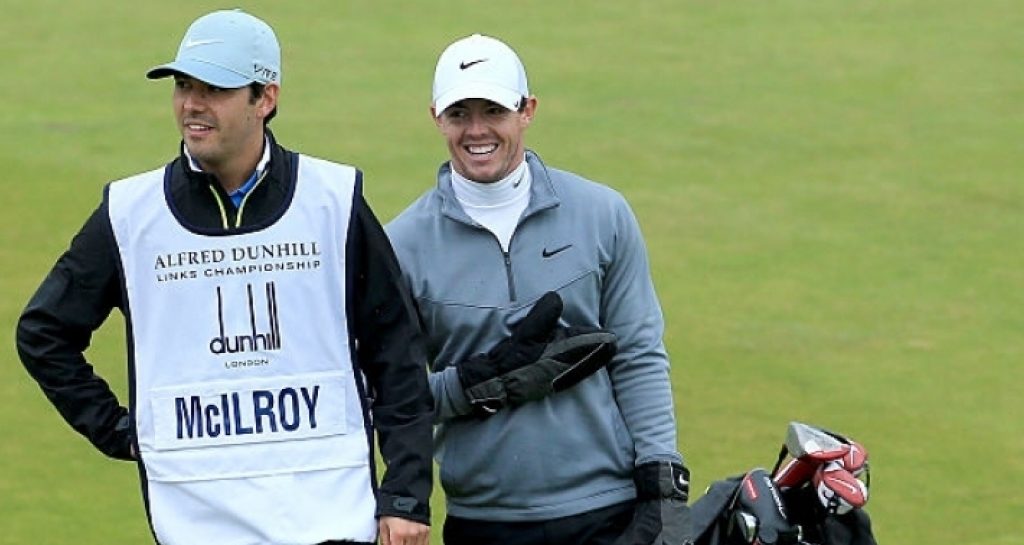 Rory McIlroy’s best friend will caddie for him at this week’s WGC Bridgestone Invitational after his sudden parting of ways with long term bagman JP Fitzgerald.

McIlroy has not yet settled on a permanent replacement for Fitzgerald, but close friend Harry Diamond will fill in this weekend and at the following week’s PGA Championship.

The appointment of Diamond comes after the Ulsterman surprisingly dumped Fitzgerald, his caddie of nine years, despite finishing in a tie for fourth at the Open at Royal Birkdale.

McIlroy even went as far as to praise his caddie at Birkdale for snapping him out of his first round slump, when Fitzgerald is reported to have said: “You’re Rory McIlroy – what the f… are you doing?”

“JP did a great job,” McIlroy said after recovering from five over par after six holes to record a round of one-over. “He kept me positive out there and that was very much appreciated.”

But FItzgerald also took some heat on day three when bad club selection on the 10th hole lead McIlroy to a double bogey and hurt his chances of a second Open title.

McIlroy’s management team said he would answer questions about the situation at Wednesday’s pre-tournament press conference.

Diamond is a fine golfer and played with McIlroy on the Ulster youth team. He has been McIlroy’s friend since they were kids in Holywood, Northern Ireland, and also served as McIlroy’s best man at his wedding in April.

He caddied for McIlroy previously at the 2005 Irish Open and 2014 Alfred Dunhill Links, and once helped out the former number one with his putting.