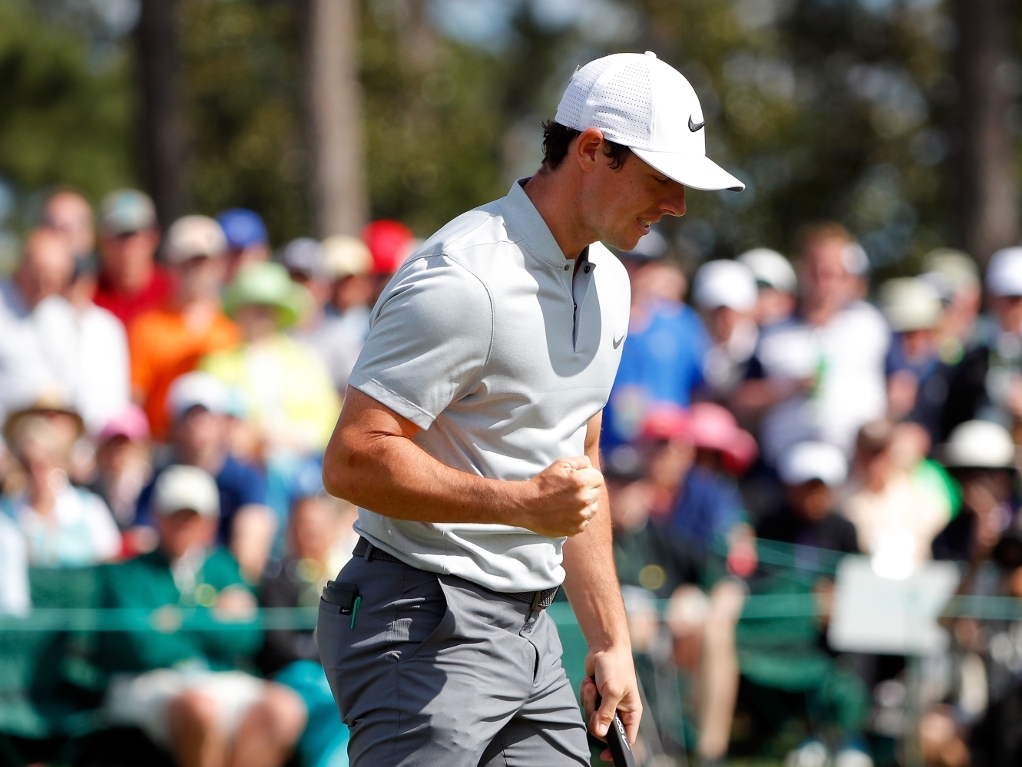 Rory McIlroy is aiming to win his first green jacket after closing in on the lead during the second round at the Masters on Friday.

The Ulsterman, who carded a one-under-par 71, only needs to win at Augusta National to complete his career Grand Slam and he is looking to turn that dream into a reality heading into the weekend.

McIlroy found himself eight shots adrift of the lead at one point on Friday, but he maintained his composure and made his move when leader Jordan Spieth began to struggle towards the end of his round.

The world number three is now just one stroke behind Spieth and subsequently has his sights set on winning his first Masters.

"It's only the second day; there's still two days to go," McIlroy told reporters. "But it's a great round and it's nice to be up there near the lead going into the weekend, instead of on the cut line and having to battle back from where I found myself the last couple years. I'm happy with where I'm at."

The 26-year-old also reminisced about his failure to win the Masters in 2011, where he saw his three-shot lead in the final round disappear.

While McIlroy was bitterly disappointed about letting the green jacket slip from his hands five years ago, he has vowed not to repeat the same mistake should he find himself in a similar position this time around.

"I sort of feel that Augusta owes me something, and I have come with that attitude," he said. "I have come here to get something that I should have had a long time ago.

"I know I'm in a good position going into the weekend. And I'm happy with that."