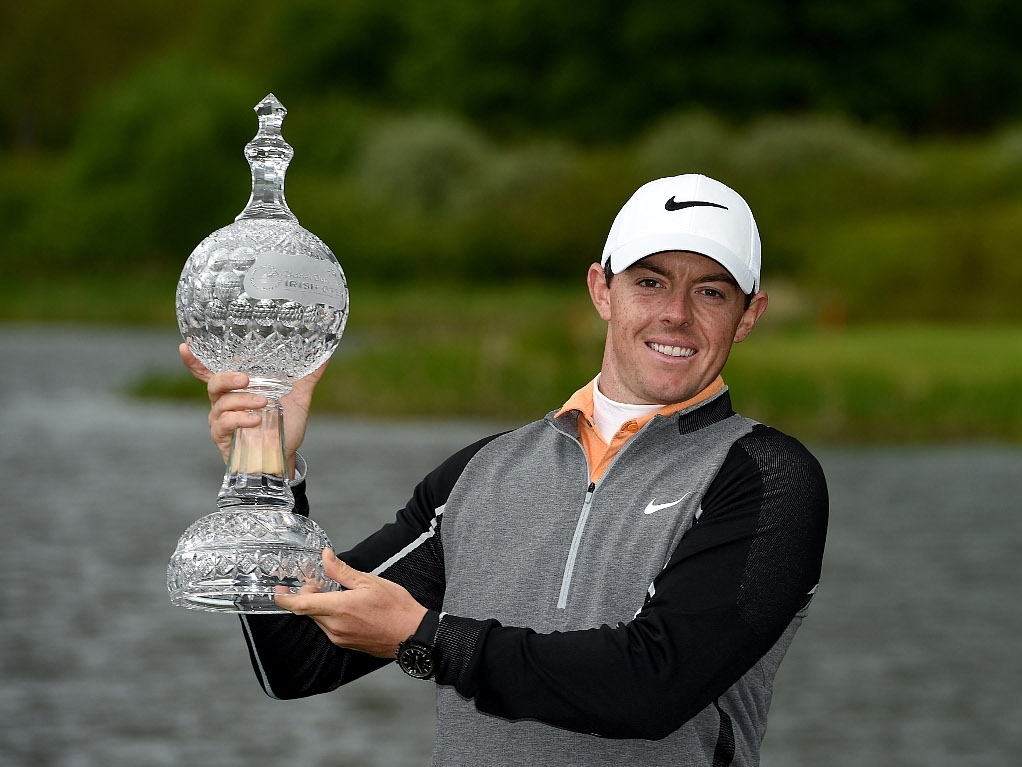 Rory McIlroy claimed the Dubai Duty Free Irish Open title after a superb closing round of 69 on Sunday at The K Club.

The Rory Foundation hosted the Irish Open again this year and after failing to make the cut at Royal County Down Golf Club in 2015, one got the impression all week that McIlroy was out to set the record straight.

McIlroy finished the tournament at 12-under. His final-round of 69 contained birdies at four, 10 and 16. There were bogeys at six and 11. On 18 the Northern Irishman found himself 230 meters from the pin after a solid drive. He opted to go with a three-wood and ended up hitting it stiff. He would go on to tap in for a eagle as he finished the tournament in the best possible manner.

Despite trailing Russell Knox by a shot with just three holes to play, McIlroy said after the round that he always felt he would able to attack the last three holes as they suit his power-game and so never felt out of contention.

"I was trying to stay as relaxed as possible," he said.

"Even when Russell birded 14 and 15, which are two of the toughest holes on the course, I knew that my length would be an advantage over the last three holes.

"I told myself, 'I'm still in this, I still have chances'. I didn't quite think I'd end up with my three (on the 18th) but I thought I still had a chance so I stayed as patient as I possibly could. But when there's 30,000 people roaring you on, that's quite hard. It was absolutely incredible."

Upon winning on Irish soil for the first time in his professional career, McIlroy admitted that it was a hugely emotional moment, and it sets him up superbly for the upcoming US Open.

"I don't know if I can put it into words. I don't really get emotional when I win but I was trying to hold back the tears there on the 18th green," he said.

"Just looking up there and seeing all my friends and family and the support that I've had this week. To win in front of them, I don't get a chance to play in front my home fans very often so to play like that and to finish like that today, I'll never forget it."

Knox and Bradley Dredge finished three shots off the pace at nine-under-par. Matthew Southgate was a further shot behind in fourth place.